Is the PC Era Coming to a Close?

Given the unbelievable growth mobile computing has seen in the past five or so years, especially with regards to things like tablets, it seems obvious that the “future is mobile”. But does that mean that the era of the PC is coming to a close? According to Dr. Mark Dean, one of the co-creators of the first IBM personal computer, it is.

That PC, called the 5150, was released on August 12, 1981. It featured a the 16-bit Intel 8088 processor, operating at 4.77MHz (this CPU would reach 10MHz before the end of its life), and anywhere between 16KB and 256KB of system memory. Internal storage took a few more years to become standard, so for all of your data needs, floppy disks or cassettes were required. 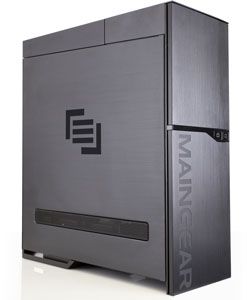 It’d be a gross understatement to say that we’ve come a long way since then, because computers have been life-changing, and world-changing. We don’t only have desktop PCs at our disposal, but also a bevy of mobile devices, and computers are behind most electronic systems on earth. It’s mind-boggling to even think about the dramatic impact computers as a whole have had.

But despite the fact that up until 10 years ago, it was PC desktops that most people had been using, mobile has been making a fierce impact, and even notebooks are becoming less preferred for a lot of people. While Dr. Mark Dean doesn’t believe that PCs will be rid entirely in the future, he does state that he didn’t expect to “live long enough to witness its decline“.

As a PC enthusiast, I couldn’t imagine not owning a desktop, or even a notebook. I am one of the few who doesn’t care for things like tablets, because unless I am on a bus everyday or have a specific need for it, I’ll just sit at a PC, or the couch and use an HTPC. It’s clear though, that I’m in the minority to some degree. Most people I know are now happy enough to use just their mobile device for things, and some don’t even own desktops (but do own notebooks).

Where do you guys see the PC world in the next 5 years? The next 10? Will we all soon be more concerned with overclocking our phones rather than our desktop PCs?