KDE 4.13 is here, and with it comes an overhaul of Semantic Search, along with numerous application updates. As much of the KDE developer team is focused on the upcoming Frameworks 5, Developer Platform 4.13 is close to 1:1 with 4.11 – the exception is the addition of the search enhancements. Perhaps not too surprisingly, many of the application improvements in this release revolve around the enhanced search as well.

The reason Semantic Search is so important in this release is that its backend has changed from Nepomuk, which launched with KDE 4, to Baloo, the “next-generation Nepomuk“. As sad as it is to see Nepomuk winding down, Baloo aims to be much faster and a lot more capable. In essence, the RDF (family of W3C metadata specifications) base of Nepomuk has become a limiting factor in making KDE’s search even more effective. Baloo doesn’t have a central database like Nepomuk, and it can discover relations based on similar identifiers. 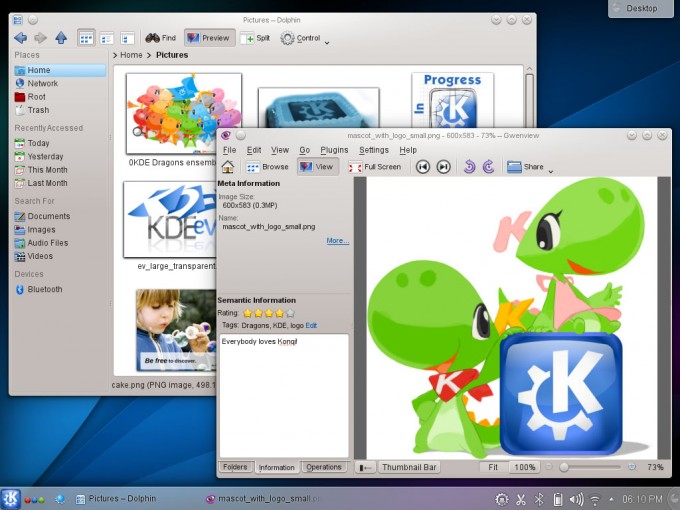 Picture, for example, needing to access a document, but you forget its name. What you do remember is that you downloaded the file through the Web browser Konqueror. Because of this connection, Baloo could find the file based on that. Of course, it’s up to application developers to make the most of Baloo, but there isn’t going to be much worry where official KDE applications are concerned.

While Baloo is being made default in 4.13, Nepomuk remains for the sake of backwards-compatibility. In time, and with KDE Framework 5 in particular, Nepomuk will be retired for good.

Numerous KDE 4.13 apps have been enhanced to support this Semantic Search, but there are other nice updates as well. Okular, in particular, has gained tab support, so that more than one document can be confined to a single window. In addition, a Play button is now available in presentation mode, a magnifier mouse mode has been added, and the DPI of the display can now be read to appropriately scale documents. 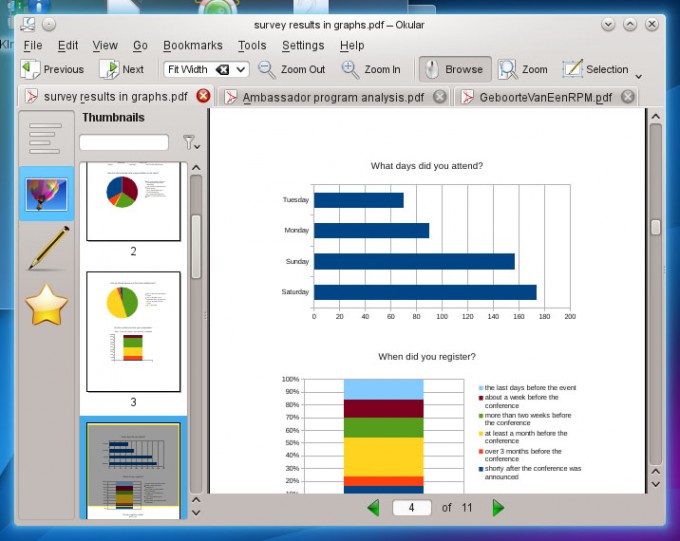 Other features include a brand-new learning application called Artikulate, which focuses on pronunciation, Gwenview’s ability to render previews of raw picture formats, Palapeli’s ability to create jigsaw puzzles with a staggering 10,000 pieces (geez…), animated bracket matching in Kate as well as an improved status bar, positions of the Sun, Moon and planets added to Marble, improved cloud storage support (eg: add a file through Kmail which appears as link to Google Drive, Dropbox, et cetera), and more.

To learn more about what 4.13 brings to the table, head here, or, for app-specific updates, head here.