While multi-controller cards have been done by others, this time Liqid’s software management expertise allows the drive to offer a wide range of software-customizable configurations. While the top performance figures have the card configured in x4 RAID 0 mode, more conservative users could instead set up a RAID 1 array or probably even a RAID 0+1 or 10 configuration.

There are few details given about price, and even the spec-sheet remains mum as to what NAND is in use. As for the SoC controller all we know is that it was “developed and powered by Liqid” and is designed to link up for software management for fine-grained control and monitoring. 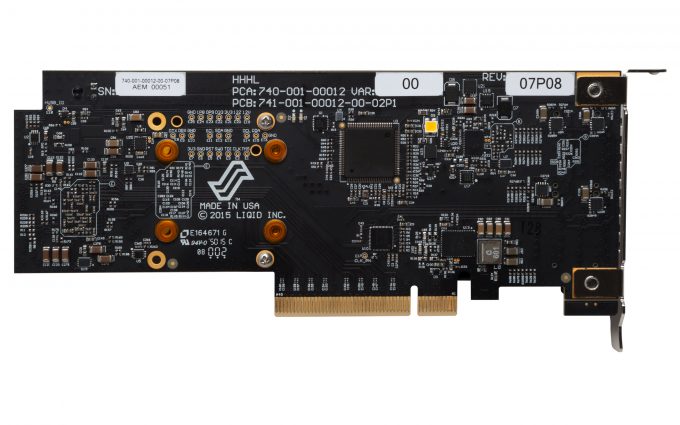 As a data center class drive, it of course includes some serious power-loss protection via the large, visible bank of solid-caps along the top, as well as be backed by a five-year warranty. ECC data protection is also enabled.