Last summer, we took a look at Kingston’s MobileLite Wireless G2, a product we ended up loving thanks to its multi-purpose design and ease-of-use. With it, you could share data wirelessly to various devices, charge up a mobile device, and act as a router if a LAN cable is plugged in. At CES, Kingston didn’t just update the MobileLite, it added a second model, to boot.

Both the MobileLite Wireless G3 and MobileLite Wireless Pro boast similar features of the G2, but the wireless has been upgraded to 802.11ac to improve both the range, and potentially, performance. The charging output has been bumped to 2A for even faster charge-ups. You can still plug in a USB flash drive or microSD card to make MobileLites act as media hubs. 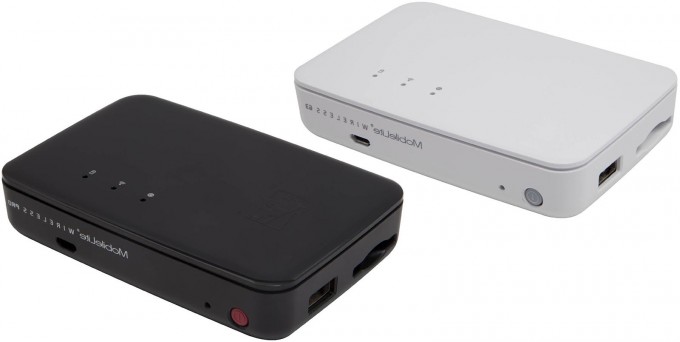 The G3 includes a large 5,600mAh battery, which will charge many phones from 0-100% twice over, while the Pro improves that further with a 6,900mAh battery. That version also includes 64GB of internal storage, making it a solid solution for on-the-go sharing to a hub with multiple devices.

It might not be obvious, but the MobileLite would prove useful for those who want to back up data off of their limited-capacity devices while on-the-go, such as mobile phones. The MobileLite app has Camera Roll support for easier moving of photos, although we’re not sure at this time if that could be done automatically.

As of the time of writing, pricing and release date information hasn’t been revealed, but Kingston notes that Amazon.com and Amazon.co.uk will soon have the units available for pre-order.