For its price-point, it’s hard to beat Meta’s Quest 2 for a VR experience that’s both affordable and satisfying. This editor owns one, and knows many others who own one, too. Since its original launch, it seems that most people are happy with what their Quest 2 delivers, although if there’s one complaint that’s stood out more than others, it’s that the audio solution could be better.

All things considered, it’s hopefully fair to say that the audio solution shipped with Quest 2 is actually impressive for what it is, but no one could blame you for wanting to improve it. In fact, it appears Logitech has heard those complaints loud and clear, and is willing to sing a Chorus to let people know. 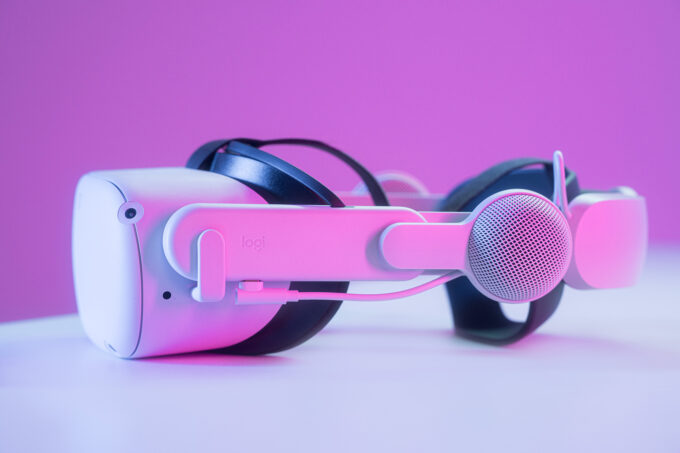 Logitech says that it’s developed its Chorus headphones “from the ground up” specifically for the Quest 2, and it’s designed to not just sound good, but offer enough comfort to make long gaming sessions a non-issue. Part of that comfort stems from the fact that the earcups don’t actually touch your ears. Instead, they float above them, which adds another benefit: there’s enough room to still hear the ambient environment, so that you’re not completely detached from reality. It’s also a bonus for those who use the Quest to work out – not sweating directly on earpads is a good deal.

Aesthetics don’t matter a ton in the grand scheme, but for what it’s worth, the open-backed headphones found with the Chorus look neat: 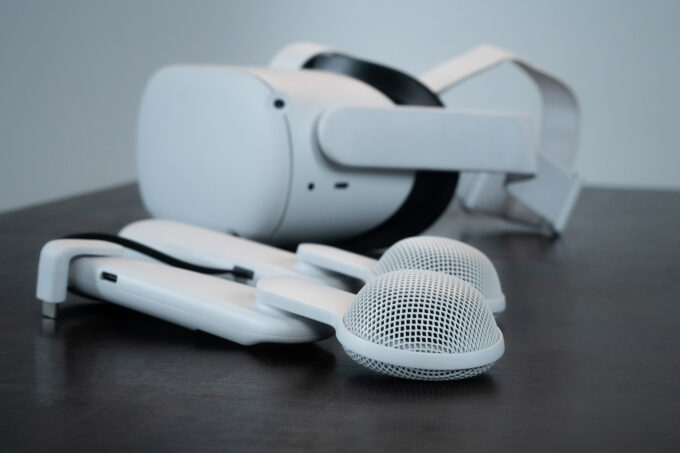 Here’s what the Chorus looks like when in use: 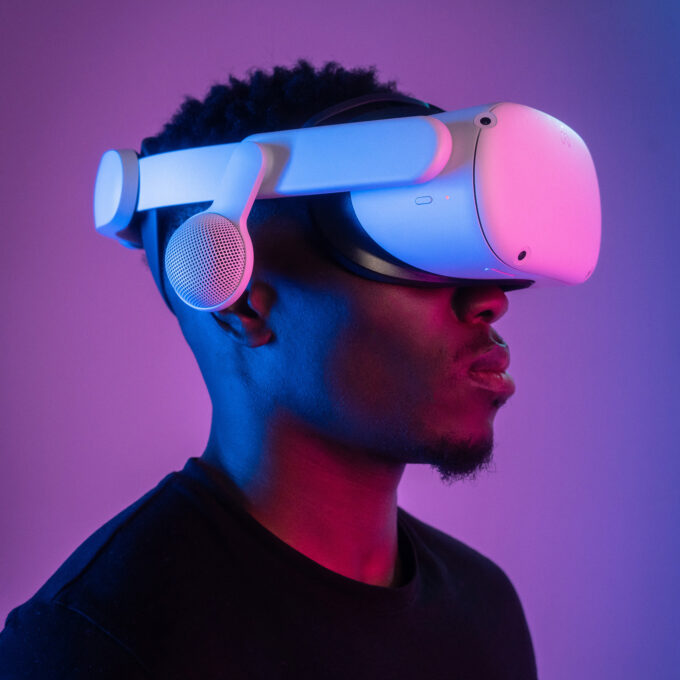 With regards to the actual audio specs, Logitech doesn’t seem to list any aside from size, which isn’t entirely uncommon for mobile-focused audio gear. The company does mention, though, that Chorus provides a USB-C passthrough, so once hooked onto your headset, you won’t need to remove the headphones in order to charge the device. To mute, you can simply push the earpieces back to their initial position (like in the first shot above).

If you’re interested in checking out Chorus, you can pre-order them at Logitech’s website. Currently, we can’t find any full reviews of the product, but we expect that to soon change. We must say we’re rather intrigued to see what the overall thought becomes for these cans, because they look really promising.