Logitech’s MX series of products have become well-regarded over the years, though the offerings are generally quite a bit different from all of the gaming products that come through our office. Gamers are not the target for the new MX products; instead, Logitech says it’s best-suited for developers, engineers, and designers.

Let’s take a look at the MX Master 3 ($99 USD) first, a new “Advanced Wireless” mouse that once again includes the MagSpeed scroll wheel. This wheel has become a bit of a fan favorite, as it allows you to scroll reaaaaally fast through documents, or anything else that could benefit from a faster scroll. Logitech notes that this generation’s MagSpeed wheel is “all-new”, although it’s not immediately clear how it differs from the previous generation. But, Logitech touts it as still being a quiet solution that can speed through 1,000 lines in one second. 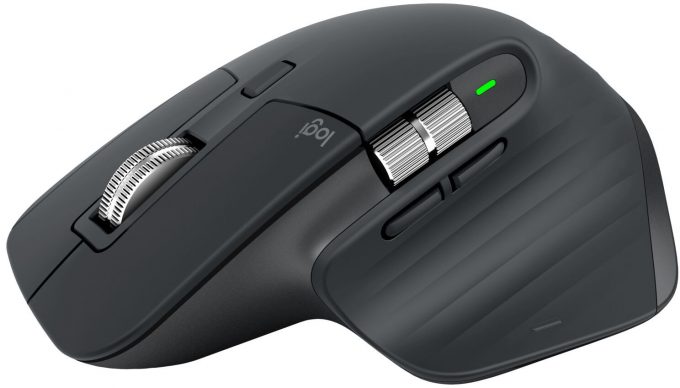 Like all MX mice, the MX Master 3 is contoured for comfortable all-day use. It has a back and forward button on the thumb rest, a thumb wheel just above that, and a mode shift button that lets you switch the wheel from its ultra-fast speed to a “ratchet” mode which will be good for when you only want to scroll a few pages rather than a dozen.

If you look really close at the bottom of the thumb rest area, you can see a gesture button that can be rubbed against in any direction to perform an action (default for left and right is to switch desktops). The Logitech Options software has some built-in app profiles that will automatically change functionality based on what’s open. If you’re using Photoshop, for example, the thumb wheel will adjust brush sizes, while the back and forward buttons become undo and redo.

The MX Master 3 has another trick: if the mouse is configured for two computers (even Windows and a Mac) with Logitech Options, users could drag and drop documents between PCs, and effectively work on two PCs at once with the same mouse.

Battery-life might be one of the most compelling features of the MX Master 3. Logitech says that a single minute is enough to give the mouse three hours of life, and that three minutes effectively gives you “all-day” use. On a full charge, you can expect about 70 days of life, but perhaps less if you are a really heavy user. 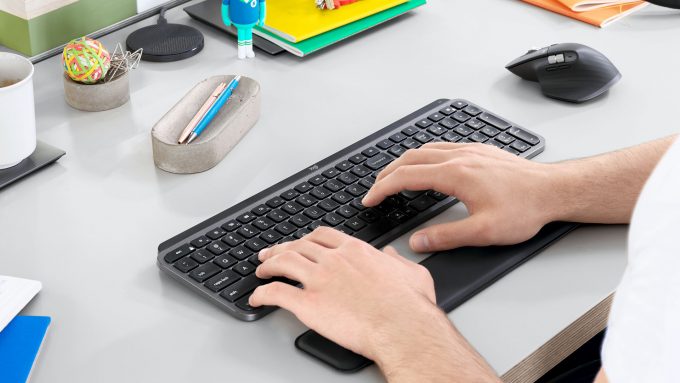 The MX Master 3 is just one part of this new MX equation. You can purchase these products separately, but the MX Keys ($99 USD) keyboard is designed to support the new mouse. Each key is contoured, and apparently has next-level tactile feedback for a low-profile plank. For working in the dark, the keyboard is fully backlit, but don’t worry, there’s no RGB to be seen here.

Like the mouse, MX Keys lets you interact between computers, allowing you to copy a file on one PC, hold your mouse to the edge of a screen to break into the other computer, and then paste the file there. This technology is far from new, but it’s neat to see it available standard in Logitech’s software. As for battery-life with this one, you can expect ten days on a full charge with the backlight on, and up to five months with it turned off (a slight difference, you could say.)