There are many reasons why most gamers prefer a wired mouse over a wireless one. Input lag, battery life, and limited functionality/capability are just a few that spring to mind. It looks like Logitech might have a panacea for these issues and more, however, with its brand new G602. 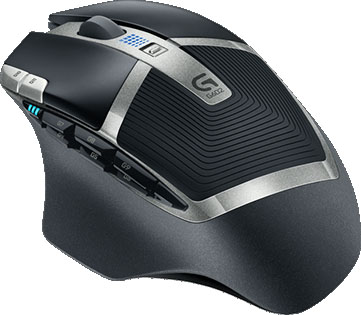 The G602 is a wireless gaming mouse unlike any other. For one thing, it should have virtually zero input lag. Logitech has achieved this by a 2.4GHz wireless connection with a 2 millisecond report rate, thereby using its USB nanoreceiver’s entire bandwidth. The nanoreceiver can even be positioned optimally – free from lag-inducing physical obstructions – via a supplied extender cable.

Another thing going for the G602 is Logitech’s claim that it can survive up to 250 hours between necessary battery changes in its Performance (i.e., more power-hungry) mode. As the company says, that is up to eight times longer than similar gaming-grade wireless mice. It’s not as if it runs on exotic/expensive power cells, either; the G602 runs on two AA batteries.

The G602 has some serious gaming cred, as well, with its 11 fully programmable buttons, easy DPI switching (min 250, max 2500), and a smart Delta Zero sensor that can automatically switch from Performance (gaming) mode to a more responsible Endurance (low power consumption) mode. Delta Zero is also claimed to be precise and accurate, necessary for gaming.

A right-handed mouse, the G602 has slip-resistant grips incorporated onto its body to ensure comfort and control.

Logitech also has two new mouse pads on offer: The G440 Hard Mouse Pad, and the G240 Cloth Mouse Pad. The G440 boasts a low-friction surface optimized for speedy manoeuvres, a consistent surface texture which means you can use the entirety of the mouse pad, a stable rubber base, and the strength of a multi-layer construction. The G240, on the other hand, has a cloth surface optimized for low-DPI needs, moderate surface friction for fine control, and the same consistent surface texture characteristics as the G440. Both mouse pads are claimed to be “matched to Logitech G Sensors” by the company. 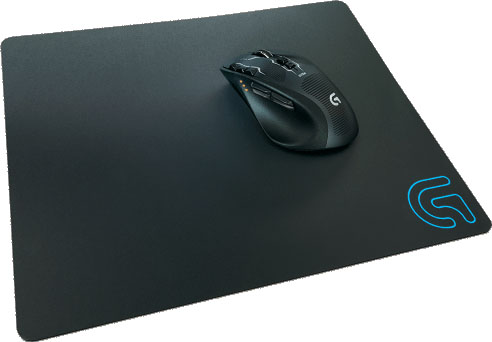 All of these products are expected to become available next month.