In November, Luxion released KeyShot 9, a major update to its popular rendering software which added support for NVIDIA’s RTX accelerated ray tracing and denoising, as well as the comprehensive RealCloth woven materials editor. In February, 9.1 was released, adding Unwrap UV for aiding in proper texture placement, GPU support for network rendering, and a special SolidWorks edition for users of Dassault’s flagship software.

Today, we see the release of KeyShot 9.2 with some notable updates. First, something that may interest our readers more than anything else is the fact that a new version of KeyShot Viewer has integrated an updated benchmark which – you guessed it – now supports the GPU: 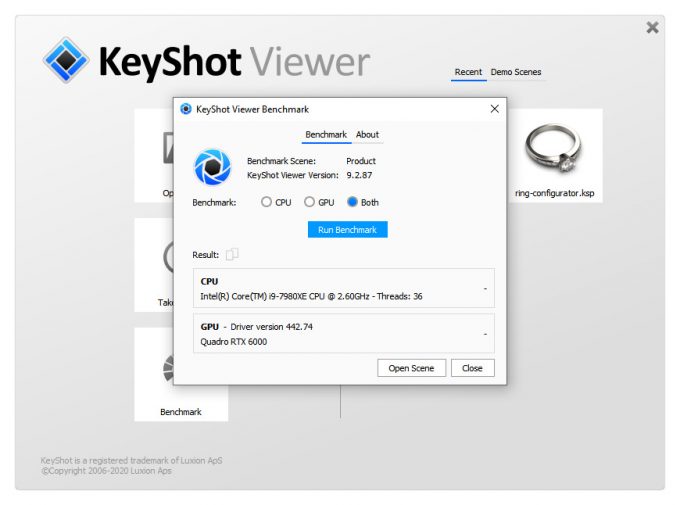 Anyone can grab the benchmark tool right here for free – but it does require a registration. With it, you can test both the CPU and GPU at the same time, and doing so will tell you clearly which processor you should be targeting your render at. We’ve tested with KeyShot for a while, and will add this standalone test to our suite so that you can compare your scores to ours.

As for the KeyShot software itself, the Translucent material feature has been upgraded to ‘Translucent Medium’, which is based on the optimizations that were released to the GPU renderer in 9.1 – but don’t fret: the GPU version still sees an improvement in 9.2. If you’re using an older project using Translucent materials, it will be renamed “Legacy”, and allow for an in-place update in the editor. 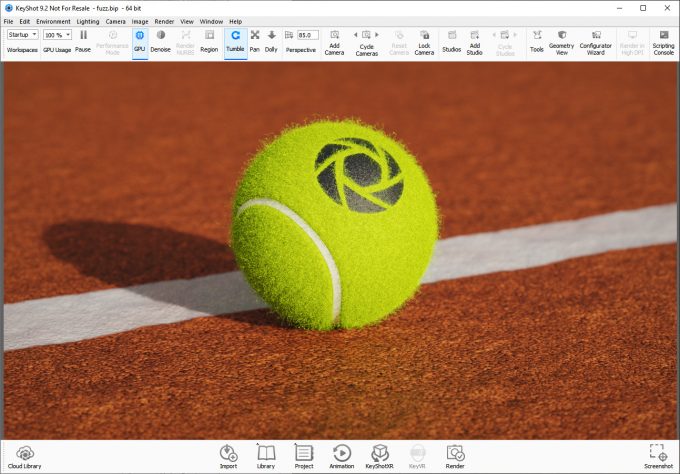 When KeyShot 9 first came out, a reader asked us about NVLink support, and lo and behold, we’re seeing full support for NVIDIA’s tech in KeyShot 9.2. In a correct configuration, the memory pools of two GPUs will be treated as one. As an example, with dual Quadro RTX 6000 24GB, you’d see a 48GB buffer. Go a step higher, and dual RTX 8000 will give you 96GB.

Along with the addition of a quality slider for JPEG output, as well as the ability to import a folder of materials, these are the most major features of the latest release. There’s a lot more that’s been improved, however, so you’d do well to peruse the the release notes to see if any of the updates affects you.