Apple users who’ve wanted to watch Blu-ray movies natively in their OS of choice have been left in the dark thanks to either licensing issues or Apple’s preference to focus on its own streaming content, but any way you spin it, the deliberate lack of Blu-ray functionality sucks. Fortunately, a new player from Macgo appropriately called ‘Mac Blu-ray Player’ finally enables playback under the OS, though there are some caveats.

First is the fact that no Mac has ever shipped with a Blu-ray player, meaning that in order to enable playback, you will either need to install your own (slim drive in a Mac Mini or a regular drive in a Mac Pro) or purchase a USB-based external drive. Both solutions tend to hover around the $100 price-point, and where the USB models are at least concerned, your Mac should have no problem picking it up once connected. 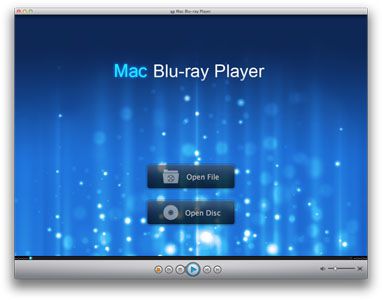 The other caveat is that at this point in time, the software isn’t deemed to be 100% in terms of stability and reliability. It can be assumed, however, that updates will remain frequent, especially with what I’m sure will be an initial surge of adoption.

Another downside which may not matter to many people is the requirement for Internet connectivity for the sake of exchanging AACS keys with Macgo’s servers. This is required because Mac OS X itself doesn’t support that DRM scheme built-in, as you’d expect.

The software is available as a three-month trial, though certain features are limited for the sake of encouraging people to upgrade. The full license costs $39.95, which is much lower than most solutions for the PC, but it doesn’t appear to be quite as feature-rich. It does however support a wide-range of other media codecs. Still, for those who want Blu-ray playback on their Mac, you finally have a solution.