Right about now, your head might be spinning with all of the CES coverage as there’s just so much out there, and so many exciting products.  Here at Techgage we really try to “thin the herd” for you, bringing you the most exciting and relevant news about what is really exciting coming out of Las Vegas this year.

Mad Catz is unveiling its newest headset – the F.R.E.Q. 9 Wireless Surround – and it works with PC, Mac, Android, iOS, and probably all other smart devices out there.

What makes this headset really interesting, other than its handsome styling, is the fact it’s the world’s first headset to be wireless, feature surround sound, noise-cancellation, and have a built in microphone – that is a lot of features to be packed into a regular headset, much less a wireless one. 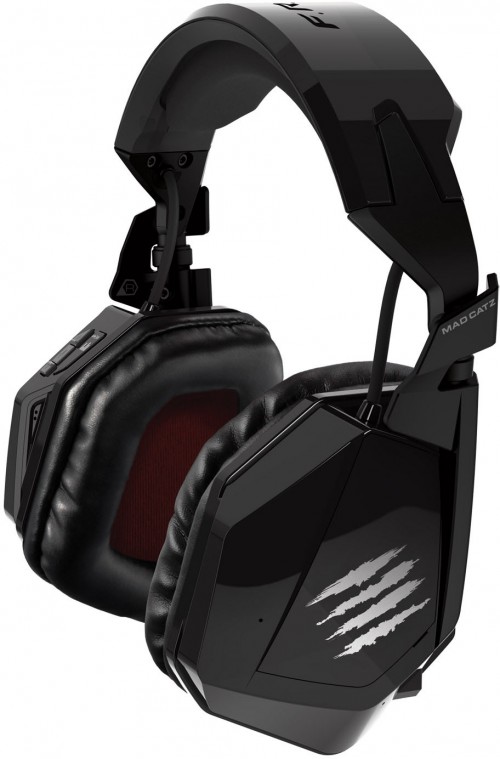 This unit features a lithium-ion battery, which we all know means quick recharge times, long battery life, and quite an impressive number of charge cycles.  This device connects via Bluetooth 4.0, but also comes with an adapter box, converting any device with an audio input into a Bluetooth streaming device.

This headset boasts an impressively large set of 50mm Neodymium drivers, that coupled with their AM3D Surround Sound technology promise to bring you the most intense 3D sound imaginable.

For those of you that have owned wireless headsets before, and swore never to own another set because of the Milli Vanilli effect – you need not worry about that anymore as the aptX technology makes lag a thing of the past.

You can pre-order this unit right now for $299, which really seems to be on par with other top-shelf offerings out there.  I personally can not wait to try these out!