Like a countless number of shows slated for this year, the annual NAB show in Las Vegas has been canceled, leaving many participating companies wondering where to go from here. For Maxon, its next move wasn’t too complicated, since for the past decade, the company has supplemented its live NAB appearance with online content that those at home could eat up. The company’s now taking that expertise and making sure the cancellation of NAB doesn’t mean much for the information it’s wanted to share.

Beginning April 20 and running through April 23, artists who were set to appear at NAB are now going to appear virtually over at C4DLive.com. In addition to content revolving around Maxon’s popular Cinema 4D design suite, both Redshift and Red Giant will also be making appearances, keeping you up to date on every company’s goings-on. 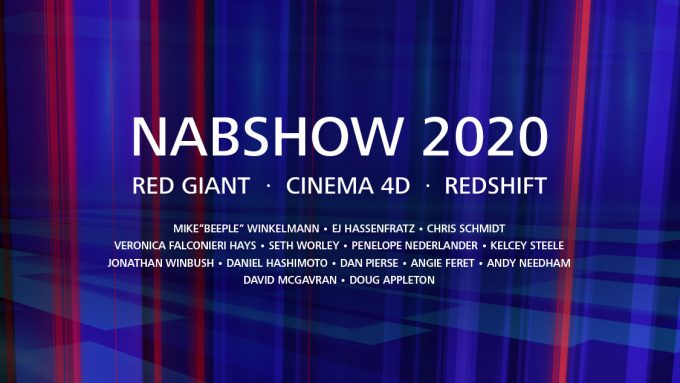 Maxon’s “Virtual NAB Show” will kick off with its CEO David McGavran talking about the company’s recent merger with Red Giant, as well as new product updates. There will be plenty of live presentations, and opportunity to learn from the experts, regardless of how you use Maxon’s tool set.

From Maxon’s mouth, here are some presenters worth scheduling for:

Penelope Nederlander, recently named one of the 10 Women of Title Design, will breakdown her latest end credit animation for Birds of Prey, esteemed filmmaker Seth Worley will walk through some of the visual effects shots from his latest short film, Darker Colors, Doug Appleton will share the creative processes behind creating the technology for Spider-Man: Far From Home, Jonathan Winbush will demonstrate how easy it is to import C4D scenes into Unreal Engine for rendering or VR/AR output, and Veronica Falconieri Hays will share how she builds cellular landscapes and molecular structures in order to convey complex scientific stories.