We’ve used Windows on Arm quite a bit here at Techgage over the past two years, and overall, our experiences have been good. One thing that has helped is the solid hardware (a la Microsoft Surface Pro X and Lenovo Yoga), but beyond that, the performance and capabilities offered made it feel like an ecosystem worth getting into, especially with the promise of all-day battery-life.

Since the first Qualcomm Snapdragon-powered Windows notebooks began to trickle out, there’s been a single complaint we’ve heard more than any other – and part of that is because we share the sentiment. That’s of course the lack of support for 64-bit x86 software. At a time when 32-bit is being phased out quicker than ever, having that support is becoming crucial. 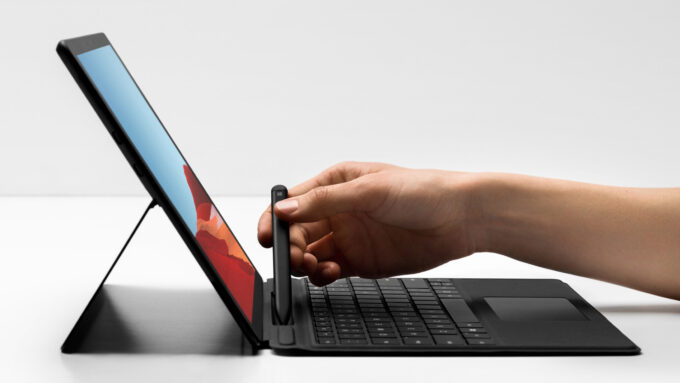 It finally looks like the feature many have been waiting for is soon to arrive. In a new blog post, Microsoft’s Panos Panay says that “the role of the Windows PC has changed”, and has revolved a lot of the subject around the use of Arm processors. Assurances are made that support for Arm is going to grow better over time, especially with regards to the company’s own software (eg: Teams).

The mention of 64-bit support was brief – so brief, that it almost seemed unimportant (when the opposite is true). Panay writes, “We will also expand support for running x64 apps, with x64 emulation starting to roll out to the Windows Insider Program in November.”

What this means to anyone using a Windows device equipped with Arm is that no software should be off-limits – of course assuming you’re respecting that device’s performance capabilities. More than anything, though, more regular desktop software will be supported across-the-board.

Added x86-64 support means that more Adobe software will become available to use, which will fix one of our greatest annoyances. Even our lowly ShareX screenshot software no longer updates on the Surface Pro X, as if 32-bit support was just killed off. It will be nice to avoid these issues in the future, to say the least.

As mentioned above, this feature is first going to roll out to a Windows Insider build in November, so if you are really anxious to jump on board sooner than later, you may wish to opt in for Insider access now, so that you’ll be good and ready by the time the update drops. We’re definitely eager to dive in, ourselves!