At an event held in New York City this morning, Microsoft unveiled a number of updates to some of its most popular product lines, such as Surface, Band, and Lumia. Overall, each set of updates were exciting in their own right, making it hard to pick a “best” from the pack. For me, though, none of what was shown-off pulled me in quite like reveal of the latest top-end Lumia smartphones, the $549 950 and $649 950 XL.

It’s not so much the specs of these phones that are worth talking about, but since it’s kind of important, let’s tackle those first. The 950 is a 5.2-inch device while the 950 XL comes in at 5.7-inch. Both must use 1440p-esque resolutions, as their ppis are 518 and 564, respectively. Both also include an octacore processor under their hood, and a 20 megapixel camera at the back. 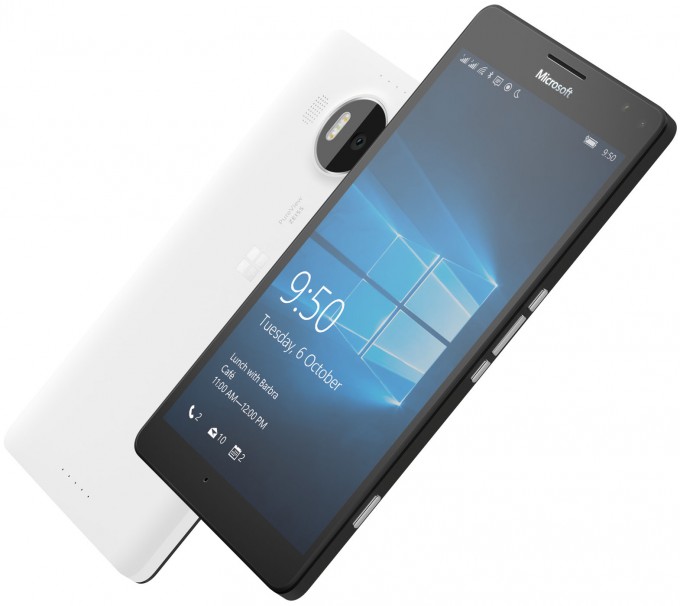 That camera was a major focus of Microsoft’s here, and Panos Panay did well to hype it up. It has an RGB flash to remove red-eye and blurriness, and is said to offer amazing quality in low-light or shaky situations. Helping to prove the camera’s worth, these new Lumia smartphones even include a dedicated camera button on the side. This should prove to be a boon in situations where the camera needs to be activated as quickly as possible.

Another notable perk is that the phone can charge up 50% in 30 minutes, something Panay gives thanks to the USB-C connector for. However, typical micro USB connectors can offer much the same. In our look at ASUS’ ZenFone 2, we found that the phone could be charged 40% in a half an hour, and 65% in 45 minutes. The actual wattage that the charger itself can put out will matter a lot.

Nonetheless, there are other cool things that the USB-C connector can enable, and it’s those that pulled me in and makes me believe the latest Lumias are some of the coolest phones going. 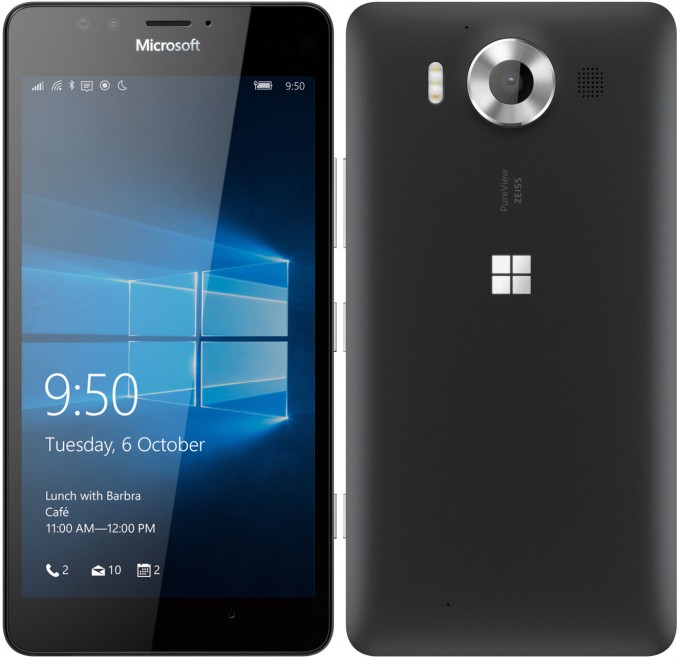 Without much of a delay, Microsoft’s Brian Roper hit the stage and showed us how easy is it to unlock the latest Lumia smartphones. Simply by staring at the phone for a second, Microsoft Hello will kick in, unlock the device, and greet you. This looks to be potentially faster than using a fingerprint scanner, which is a solution I’ve recently come to swear by.

Where the coolest stuff happens is through Continuum, a technology Microsoft introduced with Windows 10 that allows a Windows mobile device to behave more like a PC. Here, the result is rather staggering. Once connected to a dock, the phone loads up a desktop-like environment on a monitor, complete with Start menu and some other Windows niceties (eg: Alt + Tab). During the presentation, Brian manipulated a few Office documents with ease. Overall, the speed seemed quite good.

All the while the phone was powering this desktop-like environment, it never became unusable itself. This demo became the first proof I’ve ever seen of where a quad-core or higher SoC in a smartphone could be warranted; half of the CPU can be dedicated for both tasks at once, with minimal lag. Interestingly, it was not mentioned how much memory these phones have, but given these capabilities, it seems likely that they’d include 4GB.

What makes the Continuum interface even more useful is the dock that Microsoft also showed off. On one side, the phone connects into the simple USB-C connector; on the other, multiple USB-A peripherals can be plugged in, as well as a DisplayPort or HDMI monitor.

What I’d love to see is just how fast the phone will charge up when plugged into this dock and powering what’s in effect two different environments at once. Perhaps this is what makes USB-C’s charging capabilities so useful; it can both charge fast and offer enough bandwidth to power a desktop-like environment. 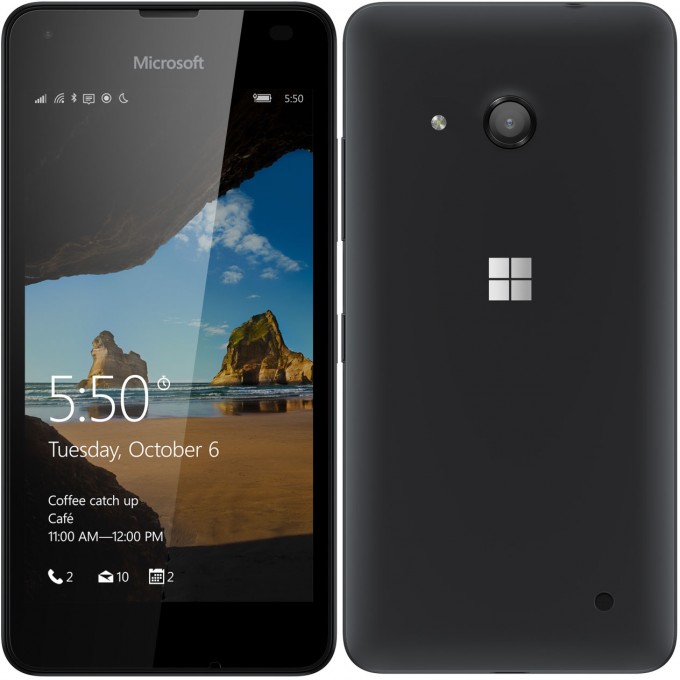 Before Microsoft wrapped-up its Lumia presentation, it noted that a budget Lumia is en route; one that still runs Windows 10, and costs a mere $139. It’s called the Lumia 550, and will be made available in December.