Hot on the heels of its appearance at LinuxFest Northwest, Microsoft has decided to use its Build conference as the launch platform for a free cross-platform code editor called Visual Studio Code. It’s designed to be lightweight, and make writing modern Web / Cloud applications a smooth experience. 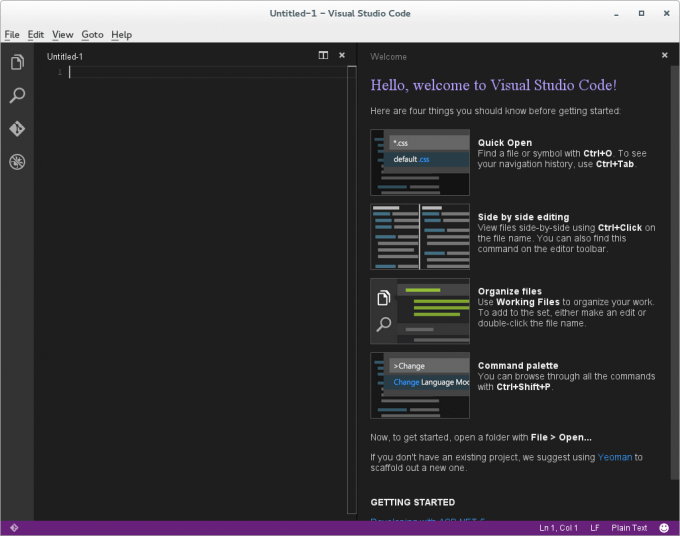 The application is currently considered a “preview”, so it’s hard to tell just how much more refined it will become. As one example of its lack of polish, there’s no preferences UI; instead, choosing to configure the app will open up a configuration file that must be edited. This is a little clunky, so I’d assume that’ll be fixed up in a future design.

Nonetheless, Code might appear to be a little too simple at quick glance, but it offers a lot of neat functionality that just needs to be exposed. One cool feature is that instead of a file manager popping-up after hitting Ctrl + O, you’ll get a prompt that will allow you to open recent files, quickly access useful editor actions, or even execute a git command.

Whether VS Code catches on to become a good competitor to currently popular solutions is yet to be seen. Microsoft seems to be going about things the right way so far though, including offering some nice documentation that explains what it’s about and how it works.

It might seem a bit odd to run a Visual Studio product under Linux or Mac OS X, but if you’re curious, you’re only ~60MB away from finding out if you like it.