Microsoft Reveals the Xbox One, Aims for Complete Media Integration

As expected, Microsoft today announced the third major iteration of its Xbox lineup, which it calls Xbox One. To say that there’s a lot to talk about would be putting it mildly, so let’s waste no time with fluff.

First, the tech specs. It’s long been rumored that AMD would be handling the CPU and GPU duties here, although Microsoft didn’t confirm it at its event. What was confirmed is that the Xbox One will include an 8-core CPU, 8GB of DDR3 memory (versus GDDR5 in the PS4), a 500GB hard drive, a Blu-ray slot-loading drive, 802.11n wireless, Gigabit Ethernet, HDMI in/out and support for 1080p/4K resolutions (games would assuredly be 1080p, while future movies could run at 4K). 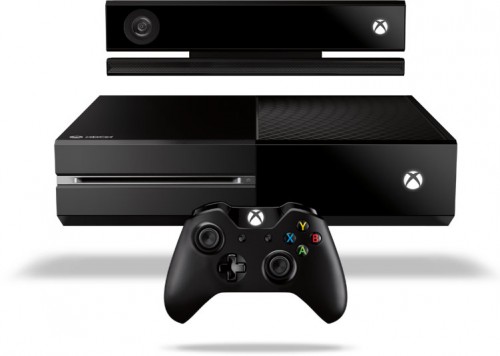 I consider the Xbox 360 gamepad to be one of the best ever released (it has flaws, but that statement stands), so when this new Xbox was on the horizon, I had hoped that Microsoft wouldn’t change too much. Fortunately, it appears the company was wise enough to make the upgrades it needed without affecting the overall feel of the gamepad (judging by an image, of course).

The Xbox One gamepad has shifted the Xbox Home button up a bit and the left and right triggers now have built-in rumble (that’s going to feel a bit different). One of the best changes might be the improved D-pad – the major sticking point with me with the Xbox 360 gamepad. 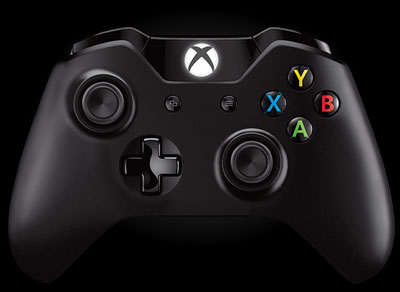 Not surprisingly, Kinect has seen an update with One, and is now designed to perfectly integrate with the console, rather than appear like an after-thought. The camera has seen some major improvements here, now spec’d at 1080p. It’s also been improved to be more accurate, capable of processing much more data per second than the original. Also new is the ability to talk to it. You can walk into a room and say something like “Xbox on” or “Load browser” to have it react as you’d expect.

Of all the features Xbox One brings to the table, one that catches my eye the most is the fact that it’ll be running three operating systems – at the same time. The primary OS will be similar to Windows 8, albeit a pared-down one. It’ll run applications similar to those we see in the Modern UI. A second OS, dubbed “Xbox OS”, is dedicated to the games, and will remain running at all times so that loading one up isn’t going to be a laggy process. The third OS isn’t one that will be user-interactive – it merely negotiates transfers between the other two OSes to make the experience better.

As expected, Xbox One is geared-up to offer a great media experience, and as such will include a TV overlay sporting a similar design to the Start screen. It looks pretty sharp overall, and gives Microsoft one more edge to confine entertainment-goers to just one device.

Gaming-wise, it seems all of the major players have announced titles for the platform, such as Infinity Ward which will be bringing Call of Duty: Ghosts to the console at launch. Microsoft Game Studios also promises 15 titles in the first year, 7 of which will be new franchises.

Suffice to say, Microsoft looks to have a good thing going with the Xbox One. I’m genuinely impressed with some of its aspects, and admittedly much more so impressed than I was with Sony’s PlayStation 4 reveal. Things could change once Sony actually gives us more details at E3, however, but one thing’s for certain, it’s done itself no favors by being so mysterious.

That’s not to say that everything is ideal with the Xbox One, however. As The Verge reports, it will not be compatible with Xbox 360 games. That’s one area where Sony does come out ahead (despite Sony’s solution requiring online connectivity).

For a lot more information on the Xbox One, I recommend digging into the thorough coverage from Engadget and Wired.