With a launch date set for July 29th, users of Windows 7 and 8.1 are entitled to a free upgrade to Windows 10, but retail pricing for new copies have been unknown. Today, Microsoft not only announced pricing for retail copies, but also what features may be removed as part of the upgrade.

First of all, the pricing. This won’t come as much of a shock, but retail pricing of Windows 10 is pretty much in-line with current Windows 8 licenses. Windows 10 Home starts at $119, Windows 10 Pro will be $199, and a Home to Pro upgrade will cost $99. These are the suggested retail prices, but it’s entirely possible the actual retail prices will be cheaper.

For those taking Microsoft up on its free upgrade, there are some things that need explaining, specifically which version you get and what may be removed as a result. There is a like-for-like upgrade with Windows 7/8.1 to 10, so Windows 7 Starter, Home Basic, Home Premium and Windows 8.1 users will get Windows 10 Home. Windows 7 Professional, Ultimate and Windows 8.1 Pro will receive Windows 10 Pro. Enterprise editions get nothing, unless it is part of the licensing contract. Likewise, Windows RT and RT 8.1 also get nothing as these editions have ceased development.

There has been confirmation from Microsoft representatives that the upgrade to Windows 10 will store your current license in the Windows Store. Should you need to reinstall your OS from scratch, you will be able to download and use the Windows 10 install media with your Windows 7/8.1 license, even outside the 1 year mark. 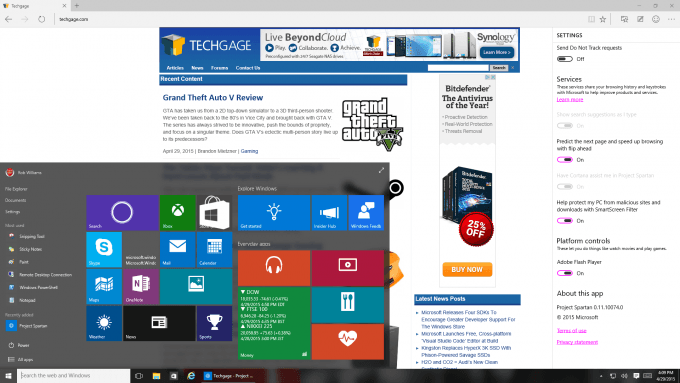 While free upgrades may be great, there are some catches. Windows 10 is a new OS and there are also licensing changes as a result, meaning that certain features that are present with your existing OS may be removed. Some of the changes make sense, such as removing support for USB floppy drives, which will require a driver from now on, old games will be removed and replaced with new ones, and changes to Windows Live Essentials and OneDrive. However, there will be one change that might cause some to pause for a moment.

If you have any copy of Windows (7,8.1, Pro, Ultimate, etc) that has Media Center installed – this will be removed when you upgrade to Windows 10. This also means that native DVD playback functionality will also be removed, requiring third-party software to decode. There is a silver lining though, users with previous editions of Media Center will receive a DVD playback app (near the bottom of the FAQ) when upgrading to Windows 10.

There is one last change that is also very peculiar. Windows Update has always had the option to defer updates, meaning you can set it to tell you that updates are available, but not to install them. This option will be removed from Windows 10 Home edition, meaning all updates will be automatic. Users of Windows 10 Pro and Enterprise will still be able to defer installation.

With only a couple months to go before Windows 10 rolls out, more details will also reveal themselves, especially with regards to an official response about reinstalling the OS with an old license. There may also be additional restrictions regarding OEM and Retail licenses.