Thanks to the Windows 8 development blog Microsoft launched last month, we’ve been talking quite a bit about what the upcoming OS is set to feature. So far, the excitement level seems to be high, evidenced by comments made in our forums and other comment sections around the Web. Could Windows 8 outshine the success of Windows 7? Chances are good at this point. 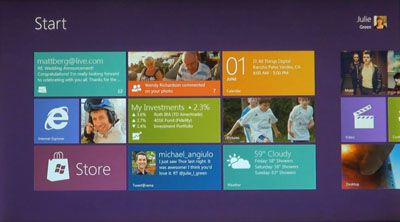 The worst part about being excited about something is having to wait for it. No one likes to wait, and it seems Microsoft has realized that. At its ongoing BUILD conference, where the company is showing off its future OS, it was announced that a public build will be made available tonight to anyone who’s interested in taking it for a spin. Both 32-bit and 64-bit flavors will be made available, with and without development/debugging tools built in.

There’s been no mention of the exact launch time, but once available, you’ll be able to download the build here. If previous Windows betas are like this one, you will need to login or sign-up in order to receive a serial code, which will activate the OS once installed.

Unlike leaked builds, which have a lot of features missing, this build should offer the latest discussed features, including Metro (something a lot of leaked builds have lacked due to Microsoft’s tight protection schemes).

So, who’s downloading it?

Thanks to Kayden for the heads-up on this!