There has been talk of Xbox integration with Windows for a long time. It has rolled out in parts, mostly as rebranding of existing Windows features. In another push to bring Xbox to PC gaming, a new monthly subscription service called the Xbox Game Pass will be introduced, along with a companion app which will effectively replace the Microsoft Store for games.

Although leaked a little early ahead of the E3 announcement this week, the web pages and details have already been made available as a beta program by Microsoft. The Xbox app is, for all intents and purposes, another game store competing with the likes of Steam, Origin, Uplay, GOG, Epic, and even Discord. 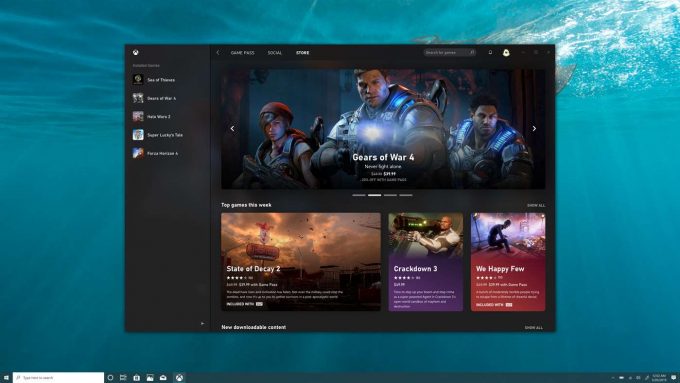 Microsoft has blurred the line between consoles and Windows PCs for quite some time, to the point of cross compatibility with the Universal Windows Platform (UWP) program, and crossplay with Windows and Xbox One gamers playing together. This time, Microsoft is also incentivizing gamers to hang around on the PC platform by rolling out a subscription model on top.

The Xbox Game Pass will allow gamers to play any of the games in the library for a flat fee each month. The price is surprisingly reasonable at $5 or £4 per month, with an introductory price of $1 for the first month. This pricing puts it in-line with EA’s Origin Access, albeit with fewer games to choose from at this time. A handful of games are shown, but since the leak, games that were marked ‘coming soon’, such as Halo: The Masterchief Collection, Gears 5 and Ori and the Will of the Wisps. have since been replaced with Rise of the Tomb Raider, Imperator Rome, and Metro Exodus (which is meant to be an Epic Exclusive). 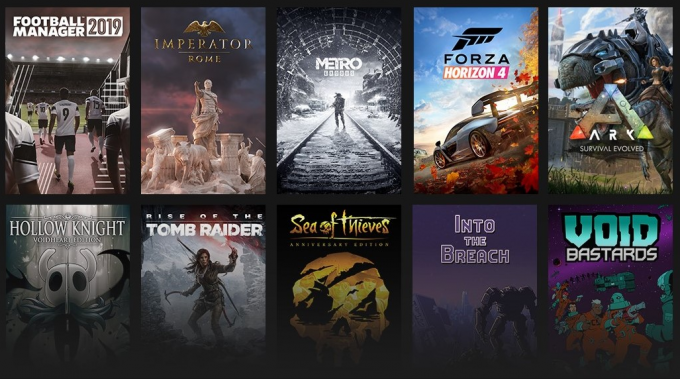 There are, of course, other perks with the subscription, as well as the usual cons. As a subscription, once you stop paying, you can’t play the games. However, by being enrolled you will receive a 20% discount when buying games in the pass, as well as saving 10% on any DLC, meaning you can continue playing after you stop the subscription if you buy them outright.

The Xbox app will be a fully featured store, allowing you to browse, see ratings and reviews, trailers, screenshot, as well as suggestions by other players. There is also a chat and friends system, tied in with everyone else’s Xbox accounts, and allows people to chat and talk cross platform. The app also integrates with the existing Xbox Game Bar that’s part of Windows 10.