Microsoft’s Edge Browser Is Well Worth Giving Another Shot

When Microsoft released its Edge web browser alongside Windows 10 way back in 2015, I admit that there wasn’t even a single point in between then and the past week where I thought favorably of it. It’s not that I didn’t want to. Like many, I always used Edge as a secondary or tertiary browser. I’ve only ever used it in rare cases, but it seemed like every single time I did, I’d be quickly reminded of why it’s my third browser.

I can accept a UI’s design not being to my tastes, but the issues I’ve experienced with Edge have always gone beyond that – such as the browser locking up while trying to go to a website, or the interface doing something it’s clearly not supposed to. Well, if you’ve ever found yourself in this same boat, you owe it to yourself to give the just-released Chromium-infused Edge a go. 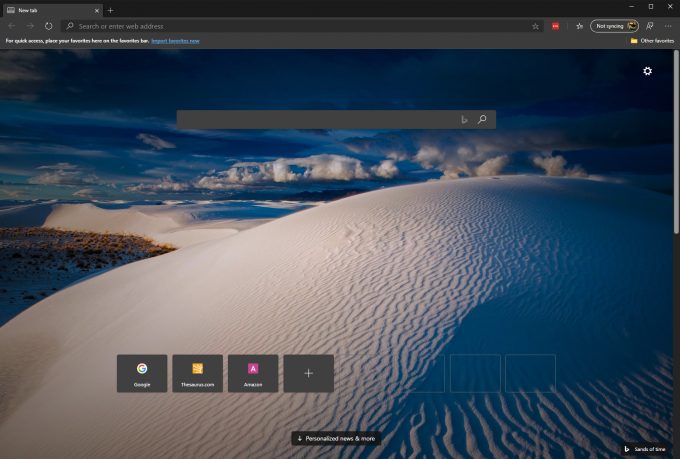 My primary browser is Vivaldi, and due to the level of customization it offers, that’s not likely to change soon. My secondary browser has been Firefox for quite a while. It’s where all of my communication tabs are stored (on a different desktop), so that all of my distraction is in the same place, away from my primary browser. Unfortunately, I’ve been running into more and more issues with Firefox (text input lag being a big one), so I’ve been looking for an alternative.

I decided to replace Firefox with Edge last week, and yet again, I was unimpressed. Little did I realize, though, I was still running the pre-Chromium build – aka: the one that ships with Windows. I then downloaded the beta, not realizing the stable release would be out the very next day, and to say I was impressed from the get-go is an understatement.

The new Edge is nothing like the old Edge. It’s a brand-new browser. Complaints I had with the old Edge – such as making it difficult to set default pages – were completely fixed in the new one. The settings UI in general got a massive overhaul, and it’s worked out for the best. 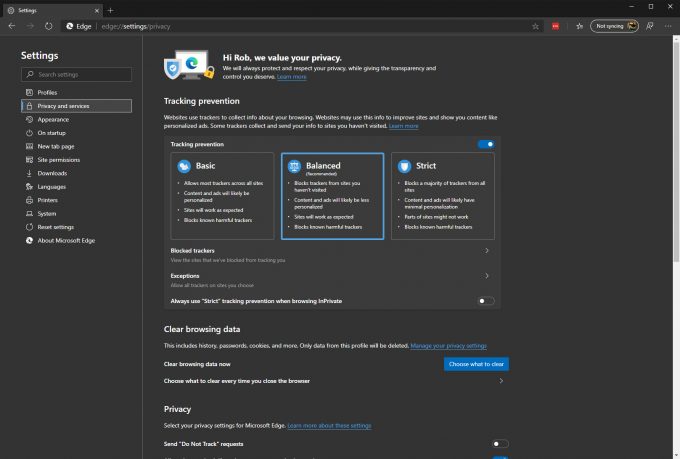 Beyond simple things like the UI, the new Edge is fast. It starts up fast, closes fast, and apparently handles memory management really well. I did a quick test with one website where I opened a bunch of tabs in a row, letting them all load at once. In Vivaldi and Firefox, this resulted in some serious lag, but in Edge, the same task went smoother than I even realized was possible. This is just one odd example of improved performance, but it’s one that delivers a night-and-day difference. The start-up time deserves its own kudos.

As I write this, I barely even know all of what’s new with this fresh Edge release, but the fact that I felt compelled to write about it after fairly modest use should say something. I held off talking about it for a couple of days just in case something came up, but so far, I’ve been nothing but impressed.

If you give the new Edge a go, and have thoughts, please let us know what you think! If you’re skeptical, please just give it a go. Microsoft likely doesn’t match the privacy and security concerns to the level of Mozilla, but from a functionality and usability standpoint, the company has done a lot right with the new Edge.