Much NASCAR: Dogecoin-sponsored Car to Race at Talladega

If in the future, I need an example of a subject I thought I’d never write about, it’s going to be this one.

One thing I’ve learned from visiting Reddit all the time is that the Dogecoin community is extremely passionate about their cryptocurrency. This is so much the case, that at this point, I tend to hear more out of the Dogecoin camp than I do Bitcoin.

Behold, Wise’s car with Dogecoin livery (the car will have wheels for the race): 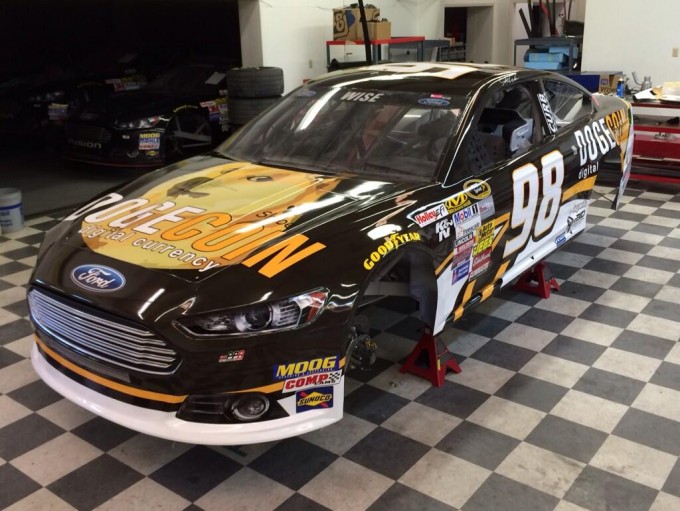 As cool as that looks, nothing beats the back: 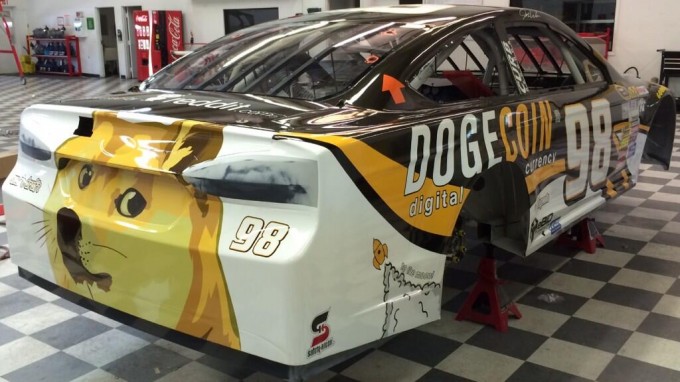 Dogecoin is designed to be a “fun” currency, hence the reason it’s derived from such a humorous meme. It’s one of the dozen or more cryptocurrencies available, but it’s one of the few on the shortlist of common ones.

This NASCAR project started with 16-year-old Denis Pavel, who hoped that the /r/NASCAR and /r/dogecoin communities might see potential in sponsoring Wise for the race. After getting into contact with the team owner, Pavel discovered that it’d cost $50,000 to sponsor the entire car – and that was a figure met within a single week.

For Dogecoin fans, seeing the car race in Talladega is going to be special, but it gets even better: There’s likely to be a 1:24 scale model produced, as part of NASCAR’s dealings with Lionel Racing Collectibles, and at the same time, an upcoming DLC pack for NASCAR ’14 will feature the car as well.

It goes without saying: This is much amaze.