Game emulation isn’t just awesome, it could be considered important. With emulation capabilities, we can preserve gaming history, and not to mention dabble in nostalgia, or experience classics for the first time. On the PC, there exist roughly one billion emulators, and companies like Microsoft and Nintendo have used them to bring classic titles to modern platforms.

One aspect of game emulation you may not have thought of is saved games. If you’ve been playing console games for a while, you may have a stack of memory cards with saved games from your childhood. For those interested in emulation on the PC, retrieving those could have great appeal.

As we were perusing the Emulation subreddit the other day, we noticed a post talking of converting saved games into formats that can be used in PC emulators. The tool is simply called Save File Converter, and it has the benefit of being a website, not a standalone utility. 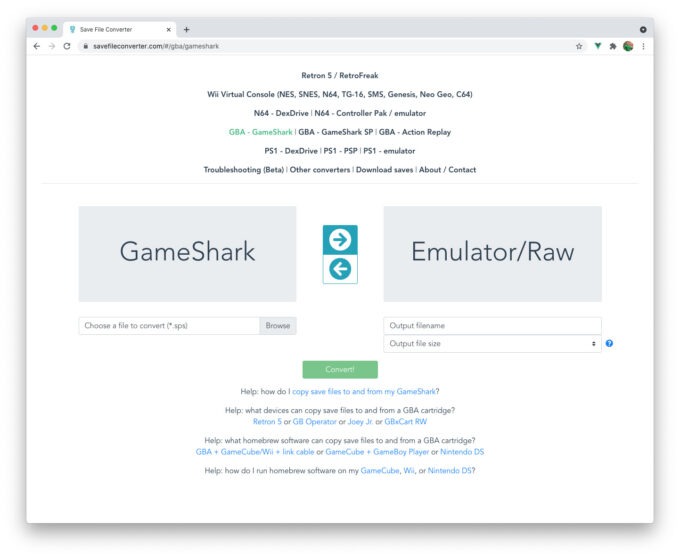 With this website, you can take a saved game that was ripped from Wii Virtual Console, Game Boy Advance, or even special devices like Retron, and convert them for emulation use. The number of platforms available to convert from may be considered modest, but many bases are covered, and with the project being open source, we’re bound to see more support added in time.

Based on feedback at the original reddit thread, it seems like this tool is one many have been clamoring for, so it’s great to see one now available. If you’re not so much interested in converting your own saves, the same website provides links to external sources that are known to host many, so if you’re in the emulation mood, it seems like this is a great way to go down a rabbit hole.