Not Impressed by a New EA Title? ‘Origin Great Game Guarantee’ Entitles You to a Refund

It’s becoming ever clearer that EA is interested in getting on the good side of gamers, and its plans to make that happen are unpredictable. Last week, the company became involved in arguably the most attractive Humble Bundle to date (and also the most successful, even long before its conclusion), and now, it’s announced the ‘Origin Great Game Guarantee’, where if you purchase an EA game and are left unimpressed, you’ll be entitled to a full refund. 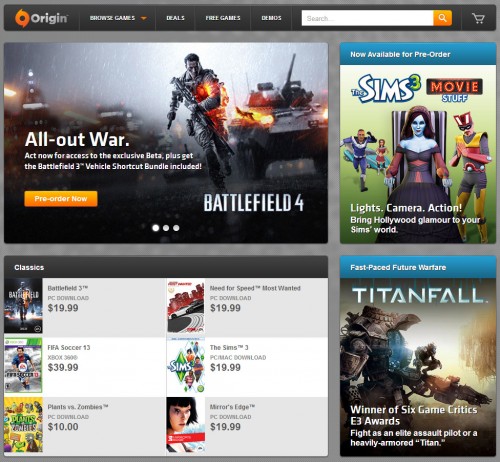 The upsides here are obvious, and the lone downside worth mentioning is that this affects only EA’s games. It seems reasonable to believe that EA can’t simply take it upon itself to offer refunds on games it doesn’t own the rights to, although I’m sure it’s something that companies could opt into if they wanted. Maybe we’ll see that someday… it’d sure inspire a lot more confidence if a developer was willing to take the risk.

The limitations are: a refund must be requested within 24 hours of the game’s first launch, or 7 days from the date-of-purchase, or 7 days from the game’s launch if it was pre-ordered. While 24 hours is a short amount of time, it really isn’t reasonable to expect more, especially given the fact that some gamers could easily clear through an entire game in that amount of time.

Keep this kind of thing up, EA, and you might just win gamers over yet.