At its annual CES keynote, NVIDIA’s Jen-Hsun Huang announced his company’s next-generation Tegra mobile processor, “X1”. The X in its name refers to Maxwell, the latest architecture to power NVIDIA’s desktop GPUs, including the GeForce GTX 980 and 970. 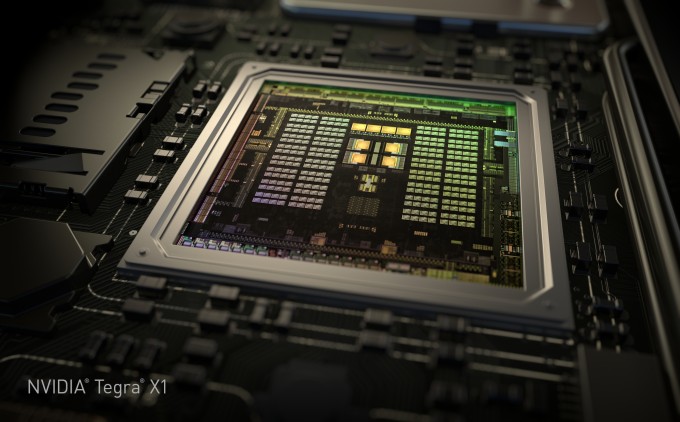 As usual, Jen-Hsun touts some impressive things with Tegra X1. For starters, it packs 256 CUDA cores under its hood, as well as 8 CPU cores arranged in a 4×4 configuration. With all of its power, X1 becomes the world’s first mobile chip to boast [email protected] support, and bolstering its featureset even further, it also supports 10-bit color and acceleration of H.265 and VP9 video. 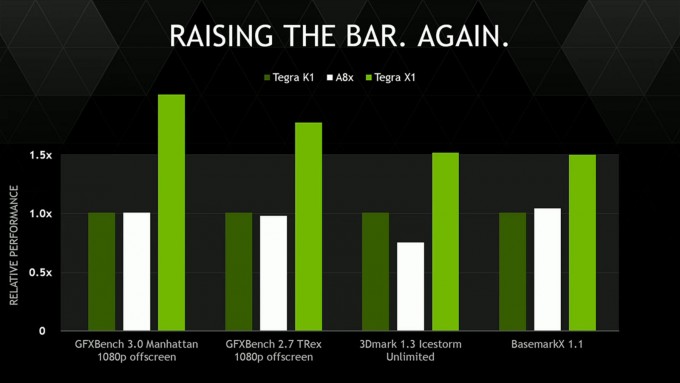 As the above slide highlights, the Tegra X1 performs far better than the K1, although I don’t think anyone will be surprised by that. To help truly set X1 apart from the previous generation, NVIDIA has implemented 16-bit floating-point registers to help it reach a staggering 1 TFLOP of total throughput. For comparison’s sake, that’s on par with the world’s fastest supercomputer in the year 2000.

It’s no doubt obvious why Jen-Hsun calls the X1 a “Mobile Superchip”.

Of course, raw performance is just one part of the equation; energy efficiency is also very important. Not surprisingly, big things are promised there, as well. 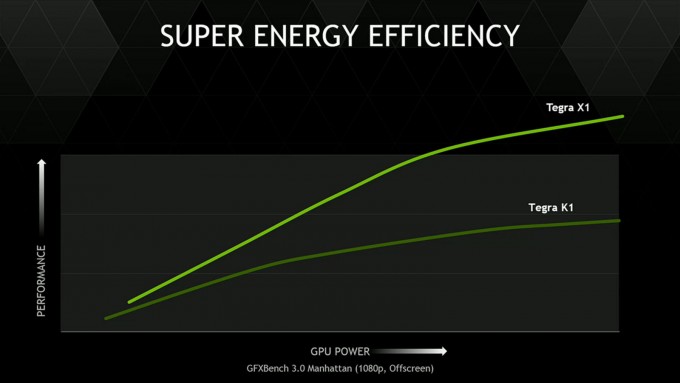 If you need even more convincing (for some reason!) that the Tegra X1 is a chip worth getting excited about, Jen-Hsun had one more bullet-point to stress. A couple of years ago, the Unreal Engine 4 “Elemental” demo required a 300W GPU to run. Last year, it was accomplished with 100W GPUs. With Tegra X1, the same demo can be run within a mere 10W power envelope.

NVIDIA’s had some fantastic Tegra-related announcements at the past few CESes, and once again, it’s helped get me stoked. Like all Tegra launches up to this point, though, we’re not likely to see X1 in commercially-available products until mid-2015. I am already awaiting the day when this bad boy appears in a SHIELD product. Please, NVIDIA, make it so.

During the same keynote, Jen-Hsun talked a lot about how X1 will be used in the automotive market. Stay tuned as we’ll be talking about that as well.