Not long ago at GDC 2019, NVIDIA announced that in an upcoming driver release, select non-RTX GPUs would be able to make use of ray tracing technologies through DXR. These GPUs would use normal shaders to ray trace scenes, albeit at much lower fidelity and at the expense of performance. 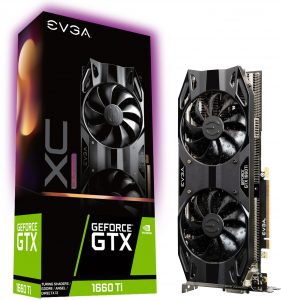 Not all of NVIDIA’s RTX features will be enabled, one omission being Deep Learning Super Sampling (DLSS), as it would be too inefficient to run without the Tensor cores found in the Turing RTX GPUs. Due to the extra processing power required for such effects, the lowest-end GPU supporting the tech will be the GTX 1060, and even then, that will be a strain for most games.

As part of this announcement, a number of demos have been released to the public to test out, which will let people see for themselves what to expect from a new generation of rendering technologies. Such demos include Atomic Heart, Justice, and the now iconic Star Wars: Reflections demo made by Epic Games.

Some initial performance numbers were provided by NVIDIA for a number of games across the newly supported GPU stack, including games such as Battlefield V, Shadow of the Tomb Raider, and Metro Exodus. There is a clear advantage to the RTX cards with dedicated RT Cores, but even the non RT core Turing GPUs, such as the GTX 1660, still perform better than the Pascal cards, mostly because of the dedicated integer math improvements.

It should be noted that all of these initial benchmarks were generated at 2560×1440, which is an unrealistic resolution for the low-end 1660 and 1060 cards, and to some extent, even the GTX 1080 Ti. However, with some tweaking to settings and a resolution of 1080p, some games may in fact be playable with DXR enabled. These will likely be shown in some upcoming content.

If you would like to check out some of the demos and gauge for yourself, you can head on over to GeForce and download them. You can also pick up the latest Game Ready driver here, or by checking GeForce Experience if you have it installed.