After a month of anticipation, NVIDIA announced its SHIELD at GDC. Yes – “SHIELD”. Unlike the portable and tablet to come before it, the latest SHIELD is a dedicated set-top box that acts as a media player and game console. It’s an inch thick, features Tegra X1, costs $199, and includes a controller. This is the most intriguing SHIELD yet. 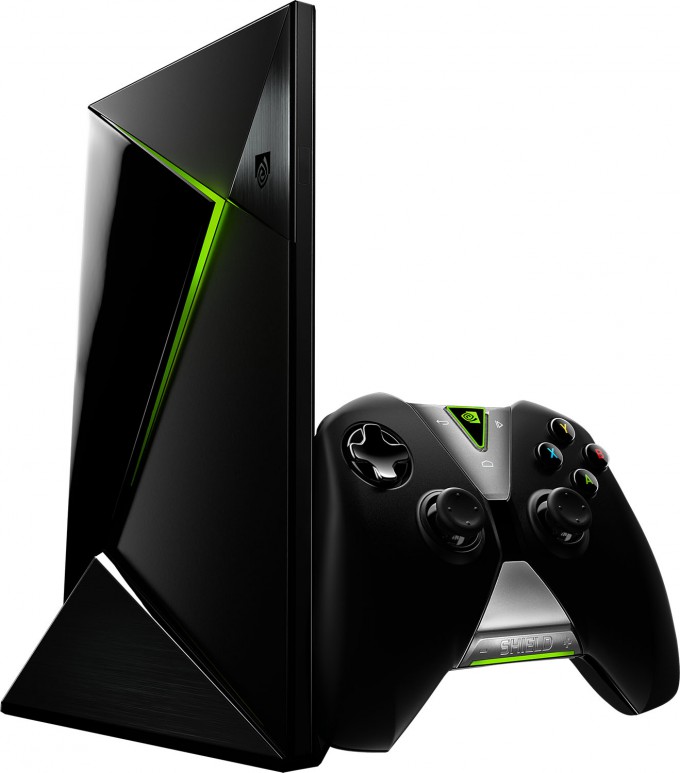 There was a lot of speculation leading up to NVIDIA’s ‘Made To Game’ event, with guesses ranging from VR to smartphones. As it turns out, one of the more common guesses, “game console”, has proven to be true. It’s called the NVIDIA SHIELD, and it aims to be a lot more than a typical set-top box running Android.

That’s something that NVIDIA made evident when Jen-Hsun Huang opened up his product unveiling keynote by telling us that he had three announcements to make. Ultimately, all three of those announcements revolve around the NVIDIA SHIELD.

The SHIELD isn’t competing with devices like OUYA or Amazon Fire TV. Instead, it has game consoles in its sights. It might not be able to match a current-gen console graphics-wise, but it can win a war that involves overall capability.