A leak for new NVIDIA SHIELD TV devices hit the web last week, and while many leaks can leave doubts in our minds, this particular one seemed detailed enough to be real. And wouldn’t you know it – NVIDIA wasted no time making the new SHIELDs officially official. Introducing the $149 NVIDIA SHIELD TV and $199 SHIELD TV Pro. The naming sure does sound familiar, doesn’t it? 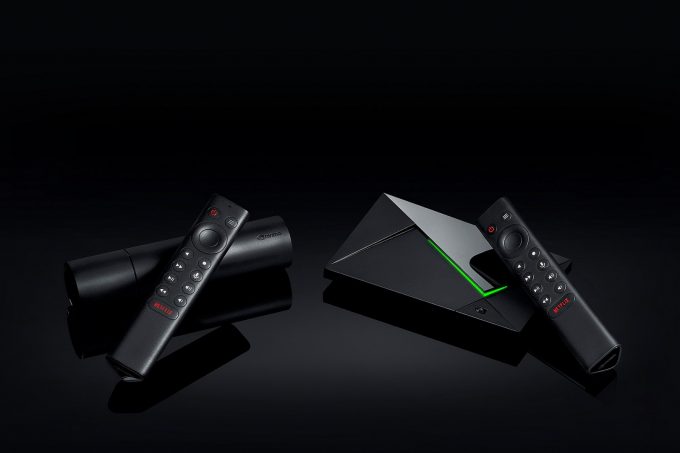 Let’s start with the SHIELD TV, a tubular device that can be easily hidden behind your television or monitor but still offers great performance and the full software stack support as the bigger Pro model. Both of the new SHIELDs add Dolby Vision Atmos to the mix, as well as NVIDIA’s Tegra X1+ SoC – one that boosts performance by about 25% versus the older SHIELD TVs.

The SHIELD TV Pro model sticks to the same design as the 2017 model, which we have no complaints about. What the Pro offers over the non-Pro is 3GB of memory (vs. 2GB), Plex built-in, and two USB ports on the back. Since the storage on the Pro caps at 16GB, the USB storage can be used to store media, or even games for downloaded game emulators (a personal favorite). 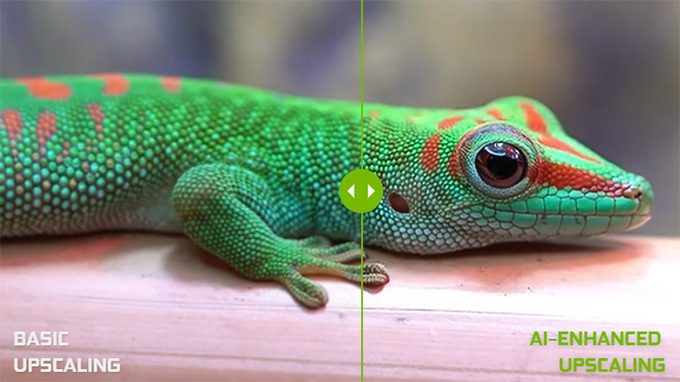 For current SHIELD TV users, it might be hard to justify an upgrade, and that’s a good thing. The preexisting SHIELD TV is one of the best Android streamers around, so unless you specifically need any of the new features, you can safely skip this one. That’s unless you really want to take advantage of NVIDIA’s new AI upscaling feature.

Using AI, NVIDIA takes video and upscales it to 4K to deliver a much better result than traditional upscaler solutions. So far, first feedback from reviewers seems to paint a good picture about this feature, so we’re keen on testing it out ourselves. We saw an example of NVIDIA’s AI video upscaler at SIGGRAPH 2018, so it’s cool to see it already available to consumers in some form.

The outgoing SHIELD remote wasn’t the most loved, based on our own use, and opinions of owners we’ve talked to. To see a remote overhaul with this launch, then, is a great thing, and overall, the update looks solid. The new remote has a triangular shape with some actual depth, rather than the flat style of old. Many more buttons can be found on this updated remote, including one dedicated for Netflix.

If you already know you want a SHIELD TV, you can purchase it straight on NVIDIA’s website (you can support the website with this link). We hope to have a review of the device in the near-future, so stay tuned.