NZXT has today introduced five all-in-one liquid CPU coolers, three of which fall into an updated X-3 lineup, and two that belong to the brand-new Z-3 series. The X-3 release is the more modest of the two, reflecting some minor upgrades that are still appreciated.

With these new X53, X63, and X73 models, the ring inside of the cooler’s pump has been enlarged by 10%, improving overall lighting. The NZXT logo can also now be oriented to better complement different builds. We use the last-gen Kraken in two of our test PCs, and neither of them have the logo oriented ideally – so this is a nice change. 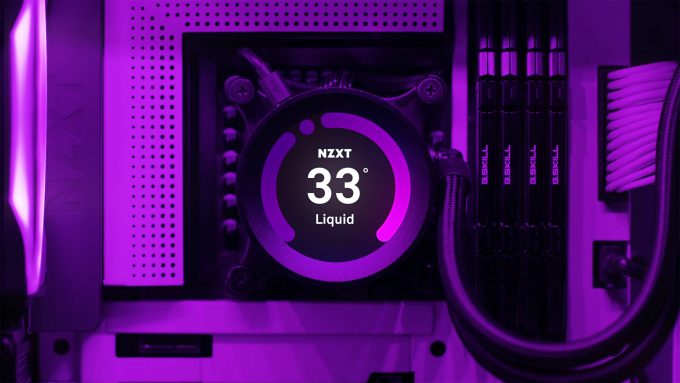 With a full display replacing the ring design of the X-3 series, these Z-3 coolers support modules such as temperature readings, as well as GIF playback. If you are trying to customize your PC to your exact tastes, being able to run GIFs in this screen could be quite an alluring option. If GIFs are not your thing, then the temperature readout at least provides some useful information – and it looks good. NZXT’s CAM software is used to tie system-wide RGB together.

It doesn’t appear that the radiator or pump are internally different from the previous X-3 generation, but for Z-3, that changes. NZXT again worked with Asetek on this product, making sure the most cutting-edge technologies it has are found within. How that will improve temperatures over previous generations, we’re not sure, but that’s why reviewers exist.

What do you guys think? Does the new Z-3 or updated X-3 series have your next cooler?