A couple of weeks ago, rumors were floating about that OCZ Technology would be selling off PC Power & Cooling, a company it acquired just three years earlier. Not too long after our post was made, OCZ contacted us to let us know that the rumors were absolutely false, and that PC Power & Cooling was healthy and even had more models en route, such as the Silencer MKII.

Over the past few months, though, it’s become increasingly clear that OCZ has shifted its focus more towards its core products, and as a result, the company will no longer invest in things like cooling products, peripherals and so forth. Rather, it will focus on SSDs, memory and of course, power supplies. As I made that previous post, I had wondered what OCZ’s renewed focus would mean for Hypersonic-PC, and that was made clear to me earlier today.

The official Hypersonic-PC website has officially been replaced with a simple page that states: “At this time Hypersonic-PC is not accepting any orders. We are honoring all warranties and will continue to support existing customers. All customers that currently own a Hypersonic branded PC or Notebook can contact the following numbers for direct product support.“. 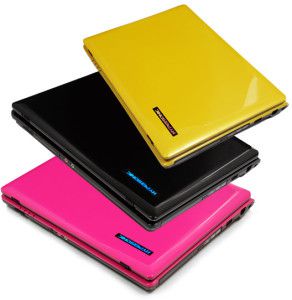 I contacted Alex Mei, OCZ’s Executive VP and CMO, to get an official word, and it was confirmed. Alex mentioned, “We are focusing all our resources on SSD, PSU and Memory and our SI business really didn’t fit into the spectrum of things.” Although OCZ in no way considered the ceasing of Hypersonic-PC to be an easy decision, one push that helped was the fact that some competiting SI’s (system integrators) had raised the issue of conflict-of-interest, which is to some degree understandable.

Along with the message on the website, Alex also mentioned that, “While we are ceasing marketing and sales efforts for Hypersonic we are still taking care of all customers that have Hypersonic product, all their full warranties are still good and we are making sure that everyone that purchased a Hypersonic solution is taken care of.“. OCZ’s certainly to be commended for taking care of Hypersonic-PC’s customers after-the-fact. If you’re a Hypersonic-PC owner, you can find all required customer service information on the official site linked to below.

It’s unfortunate that this route had to be taken, but it’s not exactly rocket science to understand why this is the smartest decision for the company. OCZ has always been innovative throughout its numerous product-lines, but with its core categories accounting for so much of the company’s revenue, it makes sense to shed the extra weight, so to speak, and continue looking forward in the areas that matter most.