In a shocking move that comes out of left field for many but showed tell tale signs for some, OCZ Technology has announced that it will no longer release DRAM modules and will phase out all existing product lines by February 28th, 2011. Instead, the San Jose, California firm is switching gears to concentrate on the much more lucrative solid state drive market, which has shown explosive growth at the mobile, desktop and enterprise levels.

It claims that it is no longer financially feasible to continue producing DRAM products due to the current state of the DRAM market, according to an official press release. This is not surprising considering DRAM prices have fallen steadily for years and a quick visit to the DRAMeXchange website will show mostly negative action.

Net revenues in Q3 2011 were a record $53.2 million with revenue from solid state drives up 105% and accounting for 78% of its net revenue. Demand for solid state drives has been so great that a new manufacturing facility was opened in Taiwan late last year so this should in no way be a cause for concern about the state of the company.

So, a fond goodbye, OCZ memory, you’ll be sorely missed. 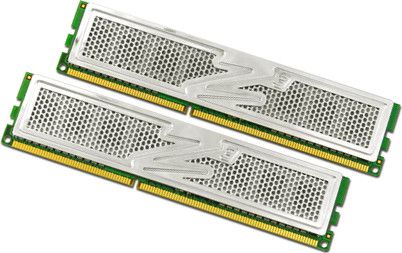 Having balanced this DRAM market weakness against the capital needs of the Company’s growing SSD products, the board has determined that it is in the best interests of the stockholders to accelerate plans to discontinue its remaining DRAM module products by the end of its current fiscal year of February 28, 2011. Accordingly, our DRAM products are now expected to have minimal, if any, sales in the next fiscal year and beyond.