OCZ Technology has announced its Indilinx Everest solid-state drive platform. Enthusiasts may recall it was only a few months back that OCZ, in a surprise move, acquired Indilinx as part of OCZ’s strategic transition away from the memory market to SSDs. The Everest controller is the direct successor to Indilinx’s well-regarded Barefoot controller, and was undoubtedly in development well before the acquisition. 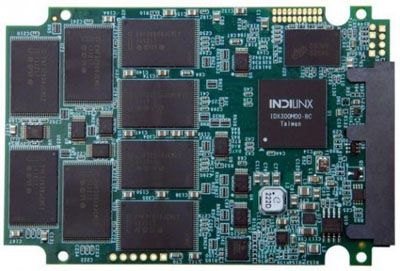 OCZ hasn’t disclosed specific models, performance, or pricing as of yet, and is simply making the platform available to OEM’s for validation and customization. Complete specifications on the Indilinx Everest Platform itself are as follows:

A few things of interest to note; the Everest platform will utilize 8K pages (think cluster size on a HDD), which is larger than the 4K pages on previous SSDs and should boost large file write performance. Indilinx also advertises an enhanced boot time, which should be interesting to see.

Potentially the most curious thing is the mentioning of optional 3-bit NAND support, or TLC NAND. Perhaps we just may see an Everest-powered USB 3.0 flash drive? The mention of two ARM cores is particularly intriguing, as well. When all is said and done, the Everest controller appears to be a sizable jump over its predecessor and should prove to be an excellent competitor to Intel’s latest 320 Series SSDs.