OnePlus Unveils 8 & 8 Pro Smartphones, Goes All In On 5G

OnePlus has today unveiled its much-anticipated 8 series phones, including the OnePlus 8 and OnePlus 8 Pro. Whereas the 7 series launched with only a single model, to be later joined by another, OnePlus has decided to unveil both of these new models at the same time, which seems like a great move.

As most companies who’ve had conferences planned have done, OnePlus made its 8 series launch completely virtual, and given the sheer number of people forced to isolation, it’s likely to become the most “attended” launch OnePlus has had to date. The presentation was unlike most others, given the lack of an audience, but despite that, the unveiling felt natural, which is pretty surprising. 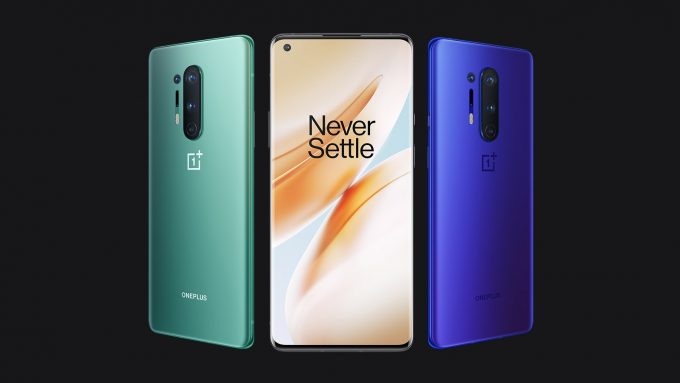 Onto the new OnePlus 8 Pro. Many of the rumors have proven accurate here, but there’s more than immediately meets the eye. If you think the OP7 Pro was impressive, the 8 Pro should blow you away. Coming in at 6.78″, the OP8 Pro delivers a huge resolution of 3168×1440 at 120Hz, with a “240Hz touch sampling rate”. That alone seems impressive enough, but that’s just the start.

The OP8 Pro’s display comes in at 1,300 nits, delivering full HDR10/10+ support, great color accuracy, and 4096 levels of brightness. This screen also is said to deliver 40% less blue light, easing eye strain. Now, all of this is impressive on paper, but OnePlus touted the fact that DisplayMate heaped praise on the OP8 Pro with thirteen specific metrics, including color accuracy, peak brightness, color gamut, and contrast ratio. Ultimately, DisplayMate gives the phone an A+ rating.

On the camera front, the OP8 Pro includes the first quad-camera solution on a OnePlus phone, including a 48MP f/2.2 ultrawide, 3x telephoto, 48MP f/1.7 main camera, and also a photochrome camera for producing stylistic images that can “turn ordinary scenes into surreal landscapes”.

The 8 Pro is powered by Qualcomm’s Snapdragon 865 SoC, and like the previous Pro models, it will include up to 12GB of memory. It also uses UFS 3.0 with “Turbo Write”, Wi-Fi 6, includes dual speakers with Dolby Atmos, and supports both the Warp Charge 30T and Warp Charge 30 Wireless charging. Wait – “Warp Charge Wireless”? That’s right – and at 30W, to boot. OnePlus claims that this wireless charging will fill 50% of the phone in just 30 minutes. OnePlus gave an example of this fast-charge, comparing against the competition, and well, things look good: 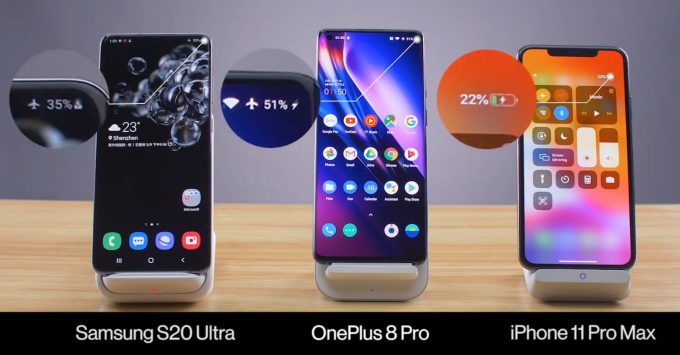 The OnePlus 8 Pro is going to be selling for $899 for the 8GB+128GB model, whereas it will cost $999 for the 12GB+256GB model. That’s pricier than what we’re used to from OP flagships, but it’s important to note that as of this generation, 5G has become standard. That means the regular OP 8 has it, as well, a phone that will cost $699 or $799 depending on the memory and storage options.

Both the non-Pro and Pro will come in three colors, with both being offered with the brand-new Glacial Green color, as well as Onyx Black. The Pro also offers Ultramarine Blue, while the non-Pro includes a special “Interstellar Glow” scheme that will never appear the same when you look at it, since it’ll reflect light differently based on how it’s held. 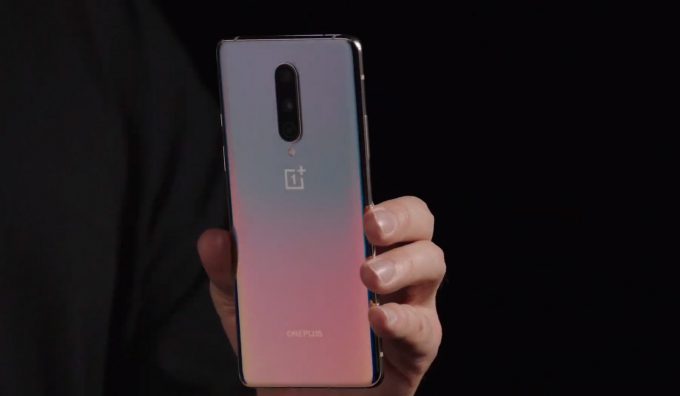 OnePlus also announced brand-new Bullets Wireless Z earbuds, which have a surprising price tag of just $49.95. As with previous Bullets wireless models, these are meant to charge really fast – 10 hours worth of playback in just 10 minutes of charging. 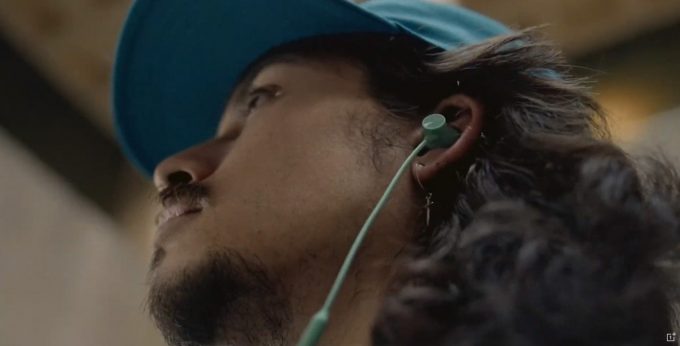 As for cases, there are special models coming, but what grabs us the most are the cool new Sandstone colors. These cases are super-thin, but are usually grippier than most others. Typically, these cases have been locked to a black or dark gray color, but with the 8 series launch, Cyan and Smoky Purple join the options list (at $24.95 per).

OnePlus is going to be opening up orders for these new phones and accessories on April 29. You can peruse all that’s going to be available for sale right here.

All things considered, both of these new OnePlus phones are drool-worthy, but the fact that they include 5G is really notable. It’s easy to make most of us feel impatient, as well, since 5G’s availability is still not great across-the-board. Hopefully this launch will be one of many that will help spur quicker expansions.