A recent ruling in California struck down the proposal that would bar violent video games from being purchased or rented by anyone under the age of 18, which reaffirms that idea that the sole persons responsible for the games that children play are the parents. While the aforementioned proposal would have done well to keep violent video games out of the hands of young children, it would have set a not-too-great precedent. Thus, many parents, even those who oppose violent video games, welcomed the blocking of this proposal with open arms.

But for parents who aren’t too well-versed in video games, keeping on top of what titles are appropriate for their children could be tough. The Entertainment Software Rating Board (ESRB) is a good start, as you can use its ratings as some sort of guideline. Under 17 but above 13? Then “T” rated games are likely to get your approval. It’s simple, but effective enough. 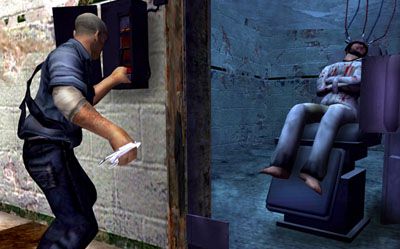 Perhaps the best advice I’ve seen comes in an article from USA Today, which suggests “parents need to see how (children) react to a video and how it affects them“. This to me is good advice, because while one game may affect one child in a detrimental way, another child may not be affected by it at all. Trust me, I was a kid once, and I tried jumping down too many green drain pipes. I can assure you there are no coins en masse down those things.

Another obvious step would be to watch the games your children are playing, and then simply base your judgement on that. Nothing could be better, and generally even ten minutes of gameplay could give you an idea of what the entire game is going to be like. The article also goes on to suggest that if you deem a video game inappropriate, you need to take your stance and be clear about why the game is off-limits.

As I’m not a parent, I can’t see things from a real perspective at all. So, I’d love to hear from any parents (and non-parents of course) out there to see what your thoughts are on this sort of thing. Should violent video games be banned for children under the age of 17, or should the parents be the deciders of things, not the governments?