Not too long ago, Patriot’s biggest focus was DRAM and flash, but over the past couple of years, the company has expanded its portfolio to include battery-related products, and most recently, peripherals.

At its CES suite, Patriot had pretty much everything on display, with our first stop being a table where a vast amount of DRAM was resting, including the latest Viper and Viper Elite DDR4. “Viper” is a name you’ll be seeing a lot of from Patriot, as it encompasses the products that focus squarely on gamers.

On the flash front, Patriot showed off its upcoming Supersonic Magnum 2 flash drive, one that behaves like an SSD with its 400MB/s read and 300MB/s write speeds. This drive is similar in design to the Supersonic Mega, which has a 380MB/s read and 70MB/s write. 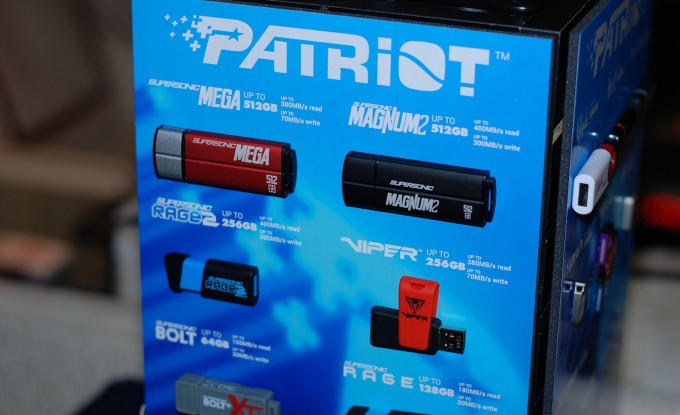 Announced just the other day, the Hellfire M.2 SSD can achieve 2.5GB/s read speeds, and 600MB/s writes. That’s impressive, but perhaps more so is the 200K read and 140K write IOPs. Seriously fast. 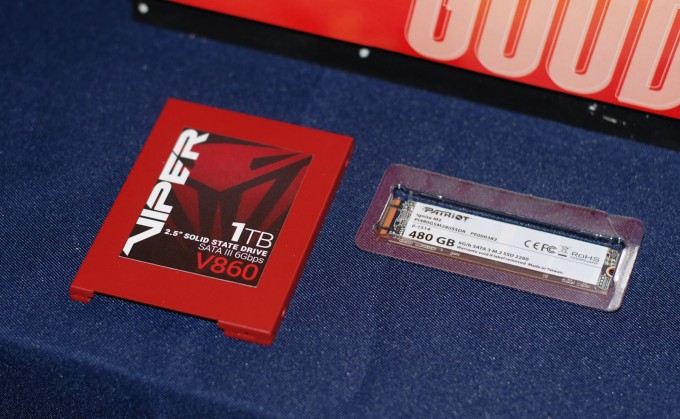 On the battery side of things, Patriot has no shortage of devices that are worth checking out. Some of the solutions, such as one seen in the shot below, is designed for your car; you can wrap a Patriot case around your phone, at which point it can be placed on the stand to charge up. This is not a battery pack, and the case is designed to be worn on the phone all of the time (unless you are fine with removing it often.) 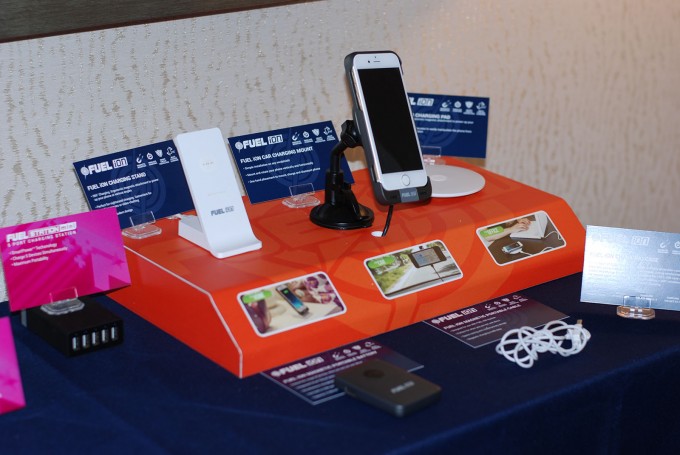 Also on the auto front is a simple device that plugs into the cigarette lighter that lets you charge 2 or 3 devices at the same time.

While not a brand-new device, it was cool to see the Viper V760 keyboard in person, what with its seriously cool light show. This keyboard costs about ~$140 and uses Kailh brown switches. 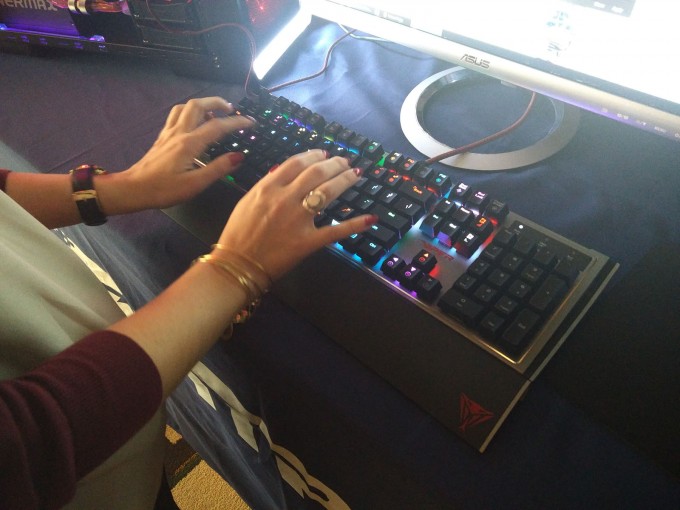 Finally, Enermax helped build a Patriot-inspired PC to show off here, which looked killer, but… 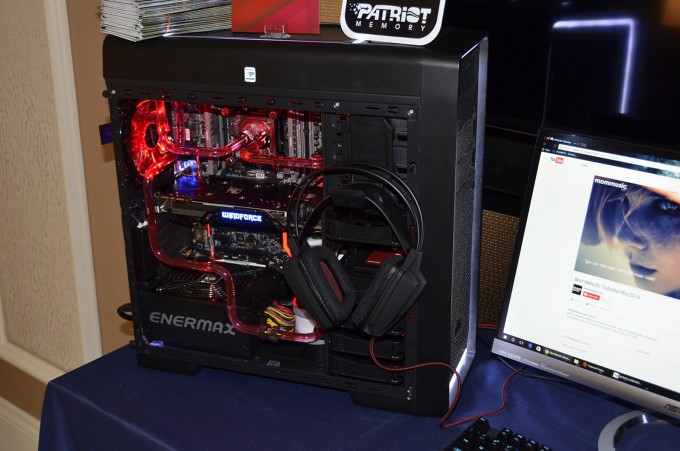 … I was drawn more towards this Antec build. It sports six separate Patriot products, including an NVMe version of the Hellfire 480GB, one that hits 3GB/s read and 2.2GB/s write. I never saw this Antec chassis before, but I can honestly say Antec’s S10 Glass is one of the best I’ve ever seen. 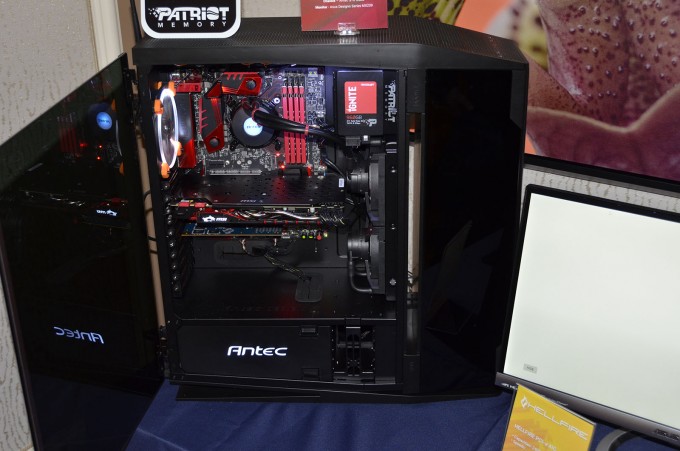 Overall, an awesome showing from Patriot.