PlayStation Phone Looks to be Real

The prospective “PlayStation Phone” has been a popular topic in recent months, but thanks to a couple of videos released over the past weekend, the “rumor” tag can rightfully turned into “fact”. I’m not sure of the source of these videos, as they were uploaded to YouTube under a moniker, but that’s not what matters… what does, is that this thing has potential.

There are a lot of hands in the mobile phone market today, and sometimes, I feel like most companies aren’t doing too much to innovate or give people a reason to be excited. The PlayStation phone could be a bit different, though, because let’s face it… who wouldn’t love a refined, fun gaming solution?

Sony happens to be good at tackling both of those aspects. It can make a solid phone, and a solid portable gaming machine. I use my PSP often, and wouldn’t turn down the chance to have the same kind of gaming right on my phone. That’d especially be handy during travel, where I could essentially combine two devices into one.

The Sony Ericsson phone previewed in the video is loaded with Android (Gingerbread), which could prove interesting for the PlayStation aspect of the phone. It’s been rumored that the innards of the phone are similar to the PSP, but whether or not we’ll be able to play all such games, at least those available on the Go, is yet to be seen. I sure hope so, because that would mark this the first phone I’ve been excited for in quite a while. 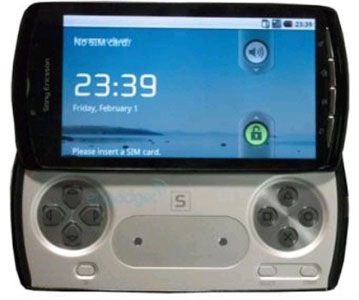 Wow guys, we just spotted a new video of the PlayStation Phone, codenamed Zeus Z1, and this time we get a long, loving look at the entire device — a refreshing contrast to last time’s blurry tease.