While it’s a bit daft to call a car that costs almost $60 thousand an entry-level model, the Porsche Boxster is the most “affordable” car available from Stuttgart. As such, while you do get a car that wears the famous Porsche badge, it’s a far cry from its higher-performing kin, the venerable and evergreen Type 911.

Well, hold on to your lederhosen and tug hard.

The newly-rechristened Type 718, which is composed of the topless Boxster and its hardtop sister, the Cayman, has gone under the knife and came out the other side as practically an all-new automobile. While Porsche considers it a comprehensive upgrade, a look under the skin reveals that it might be appropriate to see the Type 718 Boxster/Cayman as a revolutionary evolution of the model. 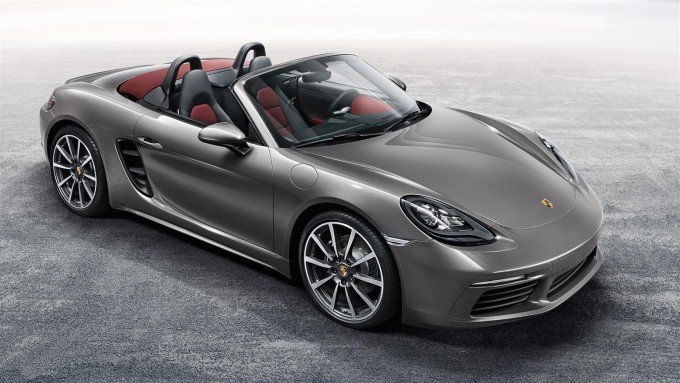 Perhaps the biggest change is the heart transplant.  Gone is the boxer-six normally-aspirated engine. In its place is a brand-new range of flat-four turbocharged engines. Displacement might be “only” 2.0L, but with the turbo fitted it punches out 300bhp for the Boxster/Cayman, and 350bhp for the higher-end Boxster S/Cayman S. Torque output is just as impressive, boasting 280lb/ft for the non-S Type 718s and a staggering 309lb/ft for the S models. These numbers are massive for engines with such limited displacement.

Another benefit to the smaller engine size is a decrease in fuel consumption. Porsche says the new engines are circa 14% more fuel-efficient than the flat-6 predecessors of the Type 718. Having almost half the displacement and two fewer cylinders contributes the improved consumption figures.

Porsche also gave the car bionic upgrades to the active suspension system, adding new program options to the Porsche Active Suspension Management (PASM) package. The 718 Boxster S even has an optional PASM Sport Suspension mode, which will give it up to 0.8 inch drop in ride height. Dropping the ride height lowers the center of gravity, which translates to more responsive handling. 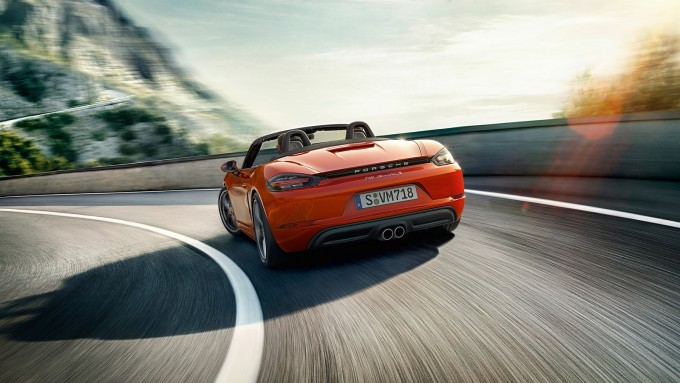 The interior also gets some nips and tucks in the form of a new dash design and an updated Porsche Communication Management interface.

Finally, while the new Type 718 will of course have a look similar to the outgoing Boxster/Cayman models, the new car has got a facelift as well. Up front changes are more subtle, but the rear panel is really where the obvious changes are. The new rump looks more aggressive, and there is a new Type 718 Boxster badge gracing the tail.

So how much will the Type 718 set you back? While pricing for the cheaper Cayman/Cayman S has not yet been disclosed, sources say the more expensive Boxster will start at $56000; the hotter Boxster S, meanwhile, starts its pricing at $68400. Not cheap, for sure, but it’s a Porsche.