Portal Coming to NVIDIA SHIELD on May 12th

At NVIDIA’s GTC in late March, we learned a lot about what’s en route from the company, including its next-gen architecture, Pascal, the mega-GPU TITAN Z, deep-learning, and more. While discussion about that sort of technology is always expected at such a conference, one announcement did surprise us: Portal would be coming to the NVIDIA SHIELD. At this point, it’s almost here. May 12th, to be exact. 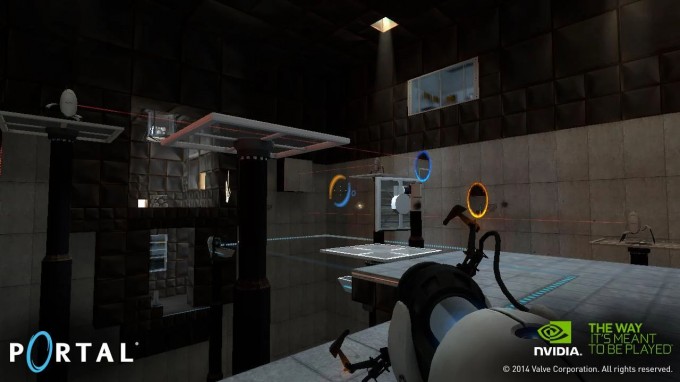 At its launch, and for an unknown amount of time, Portal is exclusive to the SHIELD. This could actually be the first official exclusive the SHIELD has received, though I am not entirely certain. Nonetheless, NVIDIA played a huge role in making the game happen, and while the company didn’t insinuate such a thing, I believe NVIDIA had a lot more to do with this port becoming a reality than Valve did. NVIDIA does have a lot of reason to make a port like this happen, though. Portal is an incredible game, and one that’s great to play while mobile.

As mentioned above, the game will become available on May 12th at the Google Play store, and it will carry the same $9.99 price tag of the desktop version of the game. For those who already own the game on the desktop, this price might seem a bit steep, but for those who don’t want to jump on board right away, we’re sure to see it go on sale in the future. 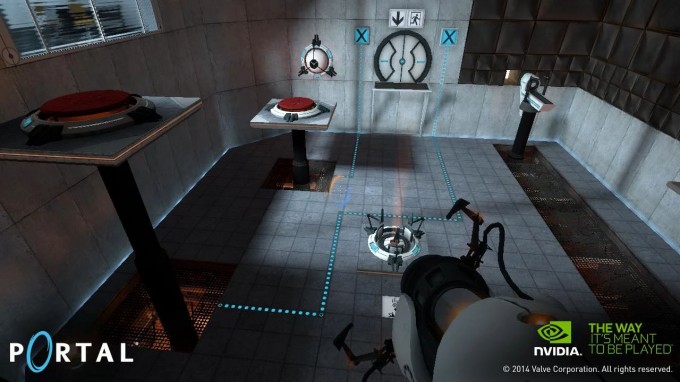 While I’ve had access to a beta version of the game, I’ve unfortunately not been able to play it too much up to this point. I plan to correct that in the future, though, because Portal is a game I consider to be one of my favorites. If you’ve never given it a try, but love humor and a bit of puzzle-solving, it’s truly one that shouldn’t be missed.