This week, Qualcomm has announced its latest generation Snapdragon 4 and 6 series, both representing “Gen 1” badging – just as the current-gen Snapdragon 7 and 8 do. Compared to their previous generation equivalents, both the 4 and 6 series sees production on a new fabrication process. The 6 series moves from 6nm to 4nm, while the 4 series shifts from 8nm to 6nm. 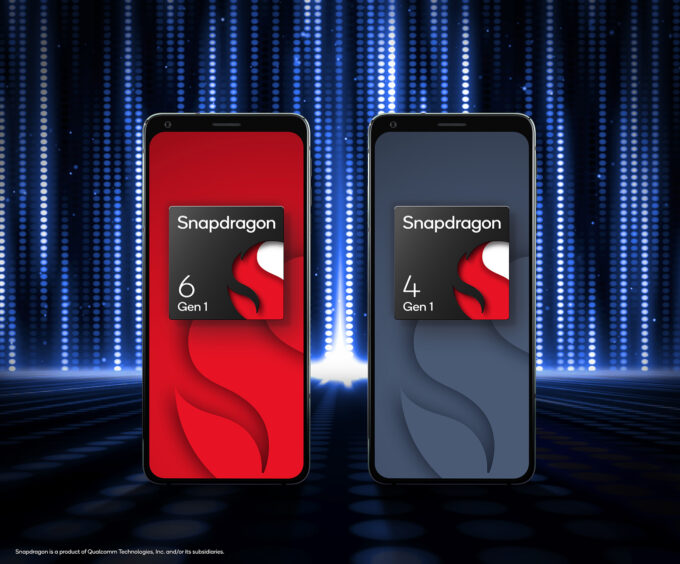 Something that stood out to us with this launch is that it’s actually going to be the Snapdragon 4 series to hit phones first, with it launching this quarter. The Snapdragon 6 Gen 1, on the other hand, is expected to launch in Q1 2023, so it wouldn’t be surprising to see some products teased at CES in January.

As with each new Snapdragon series launch, there are so many specs to pore over, that it’s easy to miss some of what’s been updated. On the Snapdragon 6 Gen 1, additional AI features have been added, including a Tensor accelerator, which is likely a key component behind the new “Illuminating Capture” feature – or broad term for encompassing various camera technologies. As one example, AIDE, or AI De-Noising, uses a neural network to denoise images taken in low-light. This kind of feature isn’t cutting-edge, but it’s a great one to see on a mid-range platform. 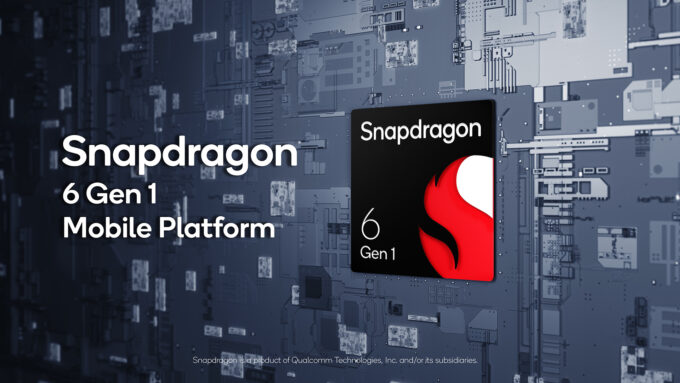 The AI aspect of the new 6 series is said to offer 3x improved performance, and offers the first implementation of certain Qualcomm features in this platform, such as Sensing Hub, and AI-based tracking that can help suggest apps or settings based on context. Perhaps more notably, it also includes AI-based noise reduction and cancellation.

On the GPU front, Qualcomm says that the 6 Gen 1 features a GPU with 35% improved performance, while the Kryo CPU offers up to a 40% improvement. Performance boosts are nice, but so are new features, especially Variable Rate Shading, which should help improve gaming performance even beyond the noted gains.

The Snapdragon 4 Gen 1, as you’d expect, isn’t as full-featured as its bigger sibling, but it still includes a number of notable enhancements, which includes improvements to AI performance. Unlike the 6 series, the 4 series foregoes a few AI features; it does not include a Tensor accelerator, for example. It does still support Qualcomm’s Sensing Hub, however.

Compared to the previous generation, Qualcomm says this new 4 series mobile platform delivers a GPU that’s 10% faster, and a CPU that’s 15% faster. Those are modest gains compared to what the 6-series saw, but all improvement is appreciated. What’s not entirely clear to us is whether or not this new 4 series also supports Variable Rate Shading. It’s not explicitly mentioned, but it is noted that it’s “Optimized to run select AAA games smoothly with high FPS and fewer frame drops”, which could be referencing it.

Nonetheless, it’s great to see Qualcomm’s entire consumer-focused Snapdragon mobile platforms all have Gen 1 parts available (or, at least soon available). As always, we hope it won’t be too long before we start to see phones equipped with these new chips pop up.