Here’s a rumor we sure weren’t expecting. It’s being reported that Qualcomm is working on its own game console, one that wouldn’t be hugely different from Nintendo’s ultra-popular Switch. If Qualcomm were to pursue its own console, the Switch would be an obvious target, but there’s a lot that would need to be done to ensure its success.

Information on Qualcomm’s portable gaming device was shared with Android Police‘s David Ruddock, and a picture is painted of an Android console that looks strikingly similar to the Switch, complete with Joy-Con clones affixed to each side of a tablet screen (further rumored to be 6.65-inch across).

Similar to the Switch, this console would allow someone to connect the video to their TV or some other display to play a game (or watch content) on a big screen, and with an alleged 6,000 mAh battery, its battery-life wouldn’t likely be a downside for portable gamers. Interestingly, the NVIDIA SHIELD Portable from eight years ago had similar goals, and its included 7,350 mAh really did last a while in most scenarios. 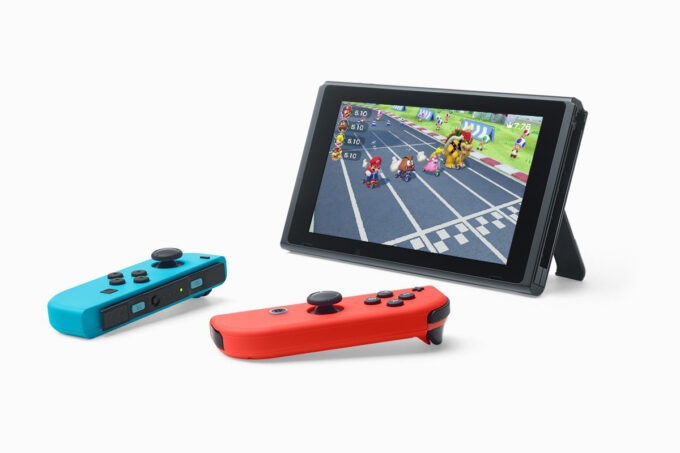 On a new console, Qualcomm would likely deliver really strong endurance with its 6,000 mAh battery, but unlike the SHIELD of old, this new Qualcomm console would support Quick Charge for really quick top-ups. We just saw OnePlus release phones that charge from 0-100% in just 30 minutes, so it could be that Qualcomm will allow this 6,000 mAh battery to charge in an hour, which wouldn’t be too bad for what we’d imagine would be at least eight hours of portable gaming (or so we’d hope).

What’s interesting about this rumor is the timing. It’s expected that Qualcomm could launch something as early as next January. The question is of course going to be raised about what Qualcomm will do differently from the other companies that have dove into Android console gaming, but the reality is, this is the best time to take a plunge like this, as Android gaming has never been better. And – as an Android device, this supposed console would be more multi-functional than most others.

With cloud gaming growing at a super-fast rate, a console like this from Qualcomm would allow people to play cutting-edge games with even less battery-drain than if they were to play it natively. For that reason, whatever performance limitations these devices have may only matter so much. If you plan to play a lot of cloud gaming, it could feel like a really powerful device.

This rumor is hard to digest, or even believe, but Android Police is a good source. If it does happen, we think Qualcomm has some mighty challenges ahead of it – but as avid gamers, we’re keen on seeing it play out.