The Raspberry Pi Foundation announced its latest update on the venerable Pi, with the launch of the Raspberry Pi 4 Model B. It promises desktop like performance comparable to x86 PCs, and includes a bunch of modern technologies, bringing it out of being strictly an educational device, to something that can be used practically around the home.

One of the more important aspects to change with the new release is the CPU. The previous generations of Pis have all been produced on 40nm manufacture process to keep them cheap, but with that came limitations on transistor counts to keep the power level low. The Pi 4 is the first to switch to a new 28nm process, and that brings huge improvements all around as new architectures can be used. The most immediate effect of this is a switch from an Arm Cortex A53 CPU, to a Cortex A72. 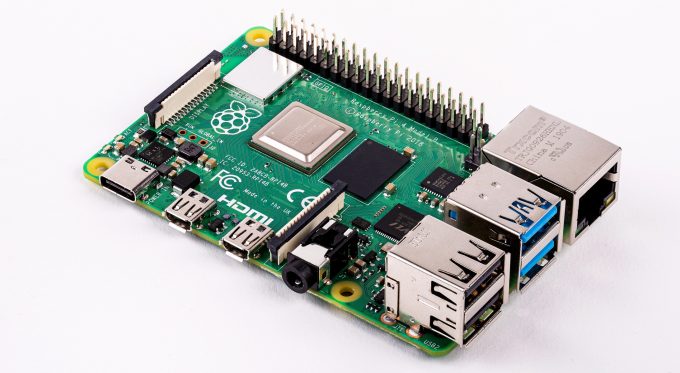 This new CPU brings out-of-order processing and a performance boost of 2-4 times over the previous gen Pis. This switch in CPU also allows for some much-needed interconnect options, including PCIe 2.0, USB 3.0, and something that’s been requested out of the Pi for a long time, more memory.

The Pi 4 will be the first Pi to break the 1GB barrier for RAM. Previous Pis have been limited in memory density due to the chip stacking it chose, requiring small footprint BGA packages, which severely restricted the types of memory that could be used. The Raspberry Pi 4s will have options for 1GB, 2GB and even 4GB of memory. It’s not just more memory that’s better, but faster memory due to using LPDDR4, tripling bandwidth over the Pi 3.

The use of PCie 2.0 also means more bandwidth for all the I/O options, a bit of a sore point for the previous Pis. While earlier models had 4 USB 2.0 ports and 1Gb Ethernet, it was all shared over the same bus, severely limiting bandwidth. An attached hard drive and network used the same shared bandwidth pool, making it a poor choice as a micro media server.

The Pi 4 will come with the same 40 GPIO port as expected with a Pi, plus the two flex cables for DSI and CSI (serial display and camera connectors). Other ports include two USB 2.0 ports, two USB 3.0 ports, Gigabit Ethernet, and a combi headphone/composite jack. What will have quite a few people happy is that the network and USB links are now separated. There is also more bandwidth for the USB ports too.

The Ethernet controller on the main SoC is connected to an external Broadcom PHY over a dedicated RGMII link, providing full throughput. USB is provided via an external VLI controller, connected over a single PCI Express Gen 2 lane, and providing a total of 4Gbps of bandwidth, shared between the four ports.

The Pi 3 introduced a wireless chip to support WiFi and Bluetooth, and this carries over to the Pi 4 as well. There is support for both 2.4GHz and 5GHz bands for 802.11b/g/n/ac, or WiFi 3, 4 and 5 if you want to sound up to date. Bluetooth has also been updated to version 5.0 as well. 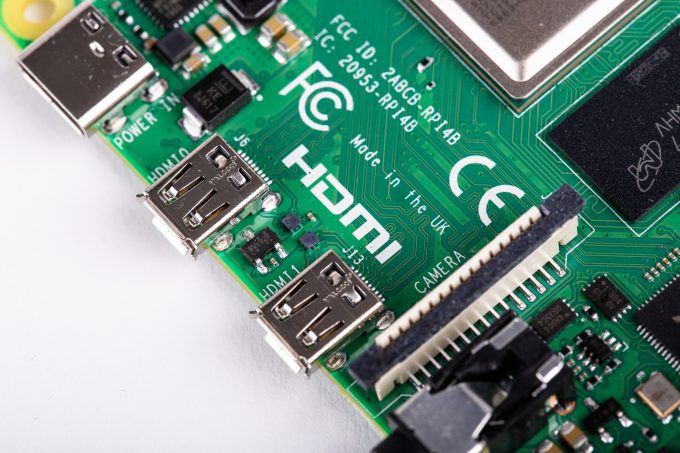 An interesting choice is the removal of the micro-USB connector for power, and instead uses the much more modern USB Type C connector, since the Pi 4 now uses 3 Amps over a 5V charger. One controversial choice that may have quite a few people upset is the switch from a full-sized HDMI port over to two micro HDMI ports, requiring new display cables and dongles.

The justification for this is that the Pi 4 will now support two 4K displays. Multimedia support has been updated to include H.265 decoding over 4K60, H.264 1080p60 decode, 1080p30 encode, and better graphics support with OpenGL ES 3.0, thanks to a new driver stack that uses MESA V3D. Speaking of graphics, unfortunately there is no change, as the same VideoCore GPU is used, as it’s the only open GPU that’s available for ARM SoCs.

There’s a lot of behind the scenes stuff going on with the software too, with a new distro being used based off of Debian 10 Buster, due to the new CPU architecture and extensive I/O options.

Due to the extra RAM, there will be different pricing options for the Pi 4. It will start off at the customary $35 mark before taxes for the 1GB version, matching price points for the previous Pis. The 2GB Pi 4 will be $45, and the 4GB version will be $55. Just remember that you’ll need a MicroSD card for the OS, plus a suitable power supply… and new cables for the micro HDMI connector.