Over the years, we’ve posted a fair number of news items regarding various aspects of piracy, and though there have been different subjects to tackle, there’s been a common theme. If it’s a single person we’re talking about on the opposite side of the RIAA, the outcome is rarely desirable. In the recent case of Jammie Thomas, the outcome is just that, as you could likely guess from the title of this news post.

The story of Mrs. Thomas began way back in 2007 where the RIAA sued her for sharing copy-written songs on the file-sharing service KaZaA. Note the “sharing” here, and not the “downloading”, as there is a rather big difference according to the RIAA. If you download, that’s one thing, but to distribute to others… it’s almost as bad as selling music you don’t own the rights to, it seems.

Mrs. Thomas’ case is a little unusual, for a couple of different reasons. Though the RIAA has her down for distributing thousands of songs, it ended up whittling the number down to 24 to help keep things simple. In the original court case, Mrs. Thomas was fined a staggering $222,000 for her actions, and refused to pay. In a re-trial, she ended up being fined an even higher penalty – $1.92 million.

That figure ended up being scaled down to a simple $25,000 offer from the RIAA, but Mrs. Thomas again refused. The third court case occurred this week, and this time, Mrs. Thomas was fined $1.5 million. See the trend here? It’s clear that when you are doing battle with the likes of the RIAA, it’s wise to accept any offer they give you unless you can offer undeniable proof that you are not at fault.

It’s obvious that Mrs. Thomas is not going to be able to pay the asinine fine, so it can be questioned just what the RIAA is expecting to come from this. Is such constant ruling going to prevent others from downloading, or is something else going to need to be done? Given the success the RIAA has had in similar cases, the future could be scary (as if it isn’t already).

It’s clear that Mrs. Thomas might have commited a crime (I’m not going to judge), but I’m sure most people would agree that the total fine is unrealistic. Meanwhile, in Germany, a file-sharer was fined €15 per song. Quite the stark contrast, aye? 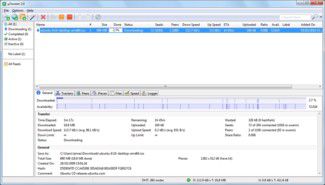 A better question might be: why are every one of these amounts so much above the limits set by Judge Davis here in Minnesota and quoted by Judge Gertner out in Massachusetts? Davis has already ruled that $2,250 per song is the most that can reasonably be assessed without veering into “monstrous and shocking” territory, meaning that he won’t allow more than $54,000 against Thomas-Rasset (Judge Gertner has accepted the $2,250 per-song number too, already slashing Tenenbaum’s verdict based on it).