With its new Radeon PRO 22.Q2 driver, which we wrote about yesterday, AMD introduced much-anticipated support of Maxon’s Redshift rendering engine. Until Radeon support greeted Apple computers a couple of years ago, Redshift had been exclusive to NVIDIA’s CUDA API. With this move, we get our first taste of non-NVIDIA GPU action in the Windows version of Redshift.

When we wrote about the Radeon PRO 22.Q2 driver yesterday, there were a few important details we were unaware of – something a new post over at the Redshift forums resolves.

First and foremost, AMD support is not baked into the stable version of Redshift. Instead, its functionality is currently locked to a private alpha build, which can be accessed after emailing the company with a request. If you’re a Radeon user wanting to test the waters, you can send an email to [email protected] with the subject line “Redshift for AMD Windows alpha”. Because most Radeon users are not going to have a Redshift license, the company is offering time-limited keys to help with testing (if you mention it). 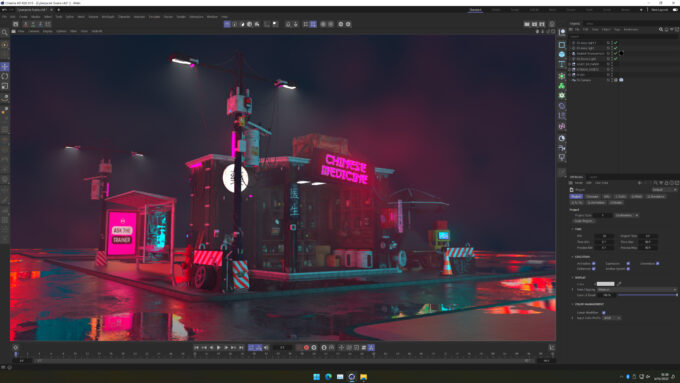 When we peered into the above-linked Redshift forum post, we weren’t expecting such detailed information, with intriguing tidbits strewn throughout. Here are a couple of important bullet-points:

The crux is that not all scenes will render ideally, and multi-GPU can’t be expected to work flawlessly. That’s about what you’d expect from an alpha (and really, we’ve seen similar oddities from production renderers just the same on certain hardware), but what caught our eye most was the final bullet-point. Redshift won’t just support either AMD or NVIDIA; it will be able to use both at the same time, even for rendering a single frame. We’re not sure how many render engines support the same kind of functionality, but this strikes us as a unique feature.

For those wondering which GPUs will be supported, a list of those is also provided:

It’s noted that other GPUs not listed here, but of the same generation / family, should work no problem. Based on everything listed, any architecture older than Vega is simply not going to work. That effectively leaves support exclusive to Vega, RDNA1, and RDNA2, which seems to be a current HIP limitation (and could potentially be expanded in time, if AMD deems it worthwhile.)

Since this first AMD-supported Redshift release is an alpha, we’re not entirely sure that it will be worth benchmarking for official numbers right now, but we’re still eager to give it a go, and see where things stand.