In some of our past reviews of Corsair’s products, we’ve joked about the fact that the company wants in on every possible market relating to PC gaming, and with a new job posting, we’ve yet to see that countered. Spotted by the team at techPowerUp, Corsair’s latest posting seeks someone to head-up a product manager position, encompassing all things display-related.

Of course, this means that RGB monitors are probably en route, because it’s the only logical next step for a company dedicated on making sure it rules the roost of RGB. Over the past couple of years, Corsair has shown off its RGB syncing capabilities many times, and we’re at the point now where that ecosystem is almost “perfect”, where everything plus the kitchen sync is supported. Well, except monitors, unless maybe you build your own solution. 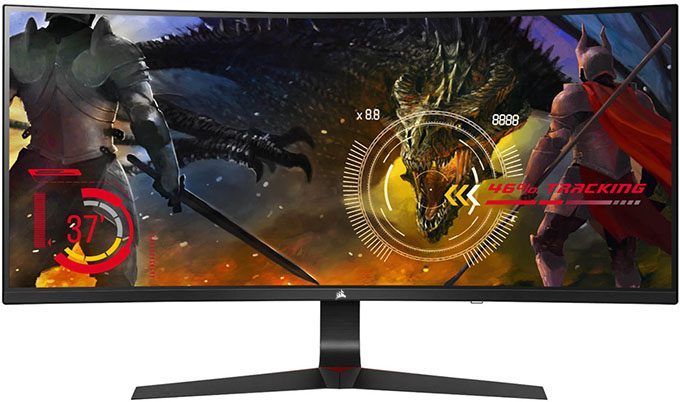 In the job posting, there’s a lot of standard fare requirements for a product manager, so nothing truly specific is mentioned – such as RGB (it’s just hard to mention Corsair nowadays without it!), so really, what comes from this is left entirely up to speculation right now.

Some are wondering if Corsair is planning to adopt some weak OEM panels and try to sell them as premium product, but that seems a little unlikely to me, considering the goals I’ve always known Corsair to have. Whatever the company comes out with is surely going to be similar to something else that’s out there, because that’s impossible to avoid, but it’ll have Corsair’s own flair, which would likely include a tie-in to the iCue software. Considering the fact that the company’s ONE PCs are premium products, I wouldn’t expect Corsair monitors to be anything but.

There’s no shortage of monitors out there, but does it really matter? Some people love to have their PCs sport as much Corsair gear as possible, and with monitors added to the portfolio, there’s more goodness coming. What’s next? Motherboards?