It was only roughly six months ago that a read performance bug affecting all Samsung TLC solid-state drives came to light. Old, or “stale” data that had not been re-written would begin to see increasing level of read performance degradation based on the age of the data, at times so severe that in some cases read performance could drop under 25MB/s. This problem primarily affected 840 EVO owners though at the time other Samsung SSDs with TLC could also be affected. Samsung quickly began work on a firmware fix and after internal validation released a firmware update that seemed to fix the problem. 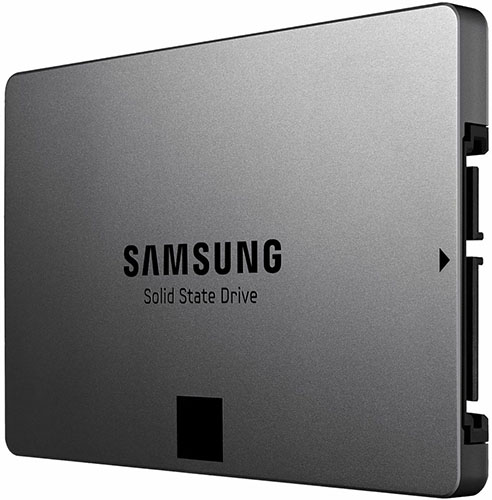 Unfortunately, going by reports in an Overclock.net thread, it looks it was only a partial success. The Tech Report‘s Geoff Gasior rather fortuitously stashed a Samsung 840 EVO that had the firmware fix applied on the shelf complete with an (at the time) fresh batch of freshly written data. After pulling the SSD off the shelf and testing it, the results are alarming: average read performance across the entire drive was only a mere 35.1MB/s; in other words the equivalent of a USB 2.0 flash drive. 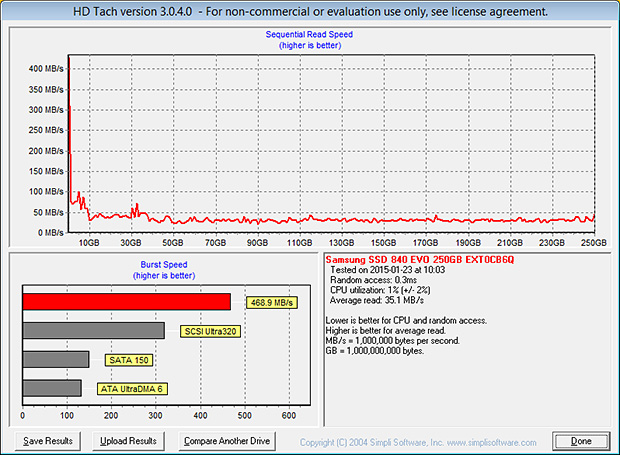 Yikes. It doesn’t get more definitive than that. Further compounding the problem is that Samsung just recently launched the new 850 EVO SSDs. Given this bug is specific to Samsung firmware and TLC NAND, it is entirely possible all Samsung TLC SSDs including the new 850 EVO series could be affected. However the 850 EVO uses a unique 3D NAND specifically designed to function as TLC NAND so it is unknown if they are susceptible.

The Tech Report has notified Samsung and is still awaiting a response; in the interim, current Samsung TLC SSD owners may want to test their drives. For that matter prospective EVO owners may want to hold off on that purchase as well, or just consider non-TLC NAND alternatives that are unaffected by this performance issue.