Samsung has just hard launched a long-awaited update to its venerable 850 PRO and 850 EVO solid-state drives. Although the 850 series received several changes in its 3.5 year span on the market, the 860 family introduces an updated Samsung MJX controller, 64-layer V-NAND, and LPDDR4 DRAM. Thanks to the adoption of higher capacity 3D 64-layer V-NAND in the 860 series, the 128/120GB models have been dropped and new 4TB models added instead. 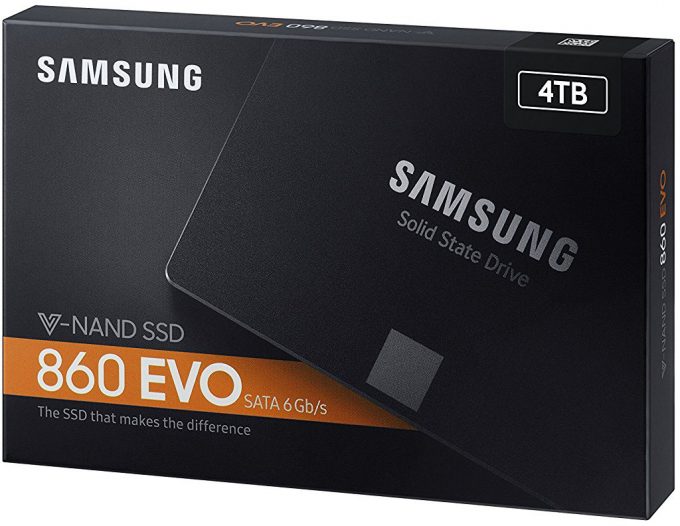 Due to the SATA 6Gb’s interface bottleneck, the SATA drive market has been steadily compressing for some time. Budget SATA models have been steadily shrinking the performance gap between them and the fastest offerings, and the new 860 family is Samsung’s response. If SATA SSDs are no longer your thing, for those more interested in breakneck performance this launch hints that we may be seeing an update to the M.2 960 PRO and 960 EVO series in a few months.

The 860 PRO continues to utilize MLC NAND, while the 860 EVO trades price for TLC NAND, instead utilizing the standard SLC fast-write cache (Samsung calls it the TurboWrite buffer) to maintain high levels of performance. Both models share the same 5-year warranty, though the PRO series offers exactly double the endurance rating over the similar size EVO models. Interesting to note is that the 860 drives adopt LPDDR4 DRAM which should reduce power consumption slightly over the more common LPDDR3 found in current solid-state drives. Alas no specifics are given regarding what has changed with the Samsung MJX controller itself.

Samsung is generous enough to list raw TLC performance figures, with the smaller 250/500GB models offering 300MB/s once the TurboWrite cache is exhausted, though the 1TB and larger drives have more chips to work with and are still rated up to 500MB/s once the TurboWrite cache is full. Though we find it rather hard to imagine anyone regularly writing 42GB-78GB in a single go to their SSDs in the first place! 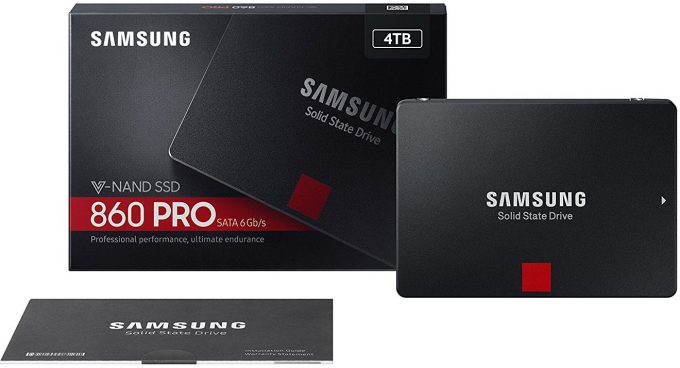 It is worth highlighting that only the 860 EVO family will be offered in three form-factors, SATA 6Gb’s, mSATA, and M.2 2280. The mSATA models will be offered in capacities up to 1TB, with the more common M.2 models offered up to 2TB. The 860 EVO 4TB will only ship in as a standard 2.5” SATA 6Gb’s drive. As expected, these new drives will include Samsung’s Magician software utility for SSD management. The 860 PRO and 860 EVO SSDs are available today from e-tailers.