Samsung, the number 2 sales leader of semiconductors in the world from 2002 to 2009 (excluding foundries), has always been at the forefront of the DRAM market, and it’s starting off 2011 in a big way. In a press release, it announced that it had completed development of its first DDR4 DRAM based Modules, utilizing 30nm process technology.

The new memory modules can achieve data transfer rates of 2.133 gigabits per second at only 1.2 volts whereas most DDR3 modules today achieve speeds of 1.6 gigabits per second using anywhere from 1.35 to 1.5 volts. One bonus of the new modules is a 40% reduction in power consumption when used in a notebook thanks to a new technology called Pseudo Open Drain. This is technology adapted from GDDR memory which allows it to consume half the power during a read/write cycle

Last month a controller maker was supplied with a 2GB module for testing and Samsung now plans to work with server makers to ensure JEDEC standardization of the new technology.

While performance numbers should not be expected for some time, an image attached to the press release shows a module with what looks like a CAS latency of 13, which falls pretty much in line with what we saw in the move from DDR2 to DDR3. Not much additional information is available at present, however if past trends are any indication, we will likely see densities of 2, 4 and 8GB modules. As for dates, we are unlikely to see any consumer based motherboards equipped with DDR4 this year, 2012 is a much more likely bet. 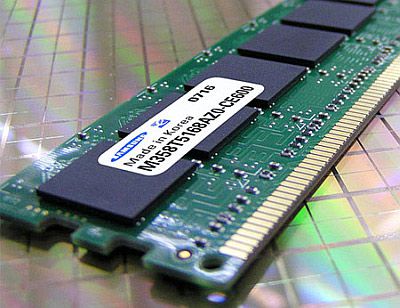