It’s hard to believe just how fast technology moves sometimes. At the end of January, we learned from Samsung that 1TB smartphones were coming, thanks to its new 16-layer 512Gb V-NAND. As we saw last week, the smartphone giant wasted no time putting that 1TB V-NAND into a phone, as the Galaxy S10+ offers it as an option.

What would be cooler than 1TB of internal storage is a microSD card capable of expanding storage by another 1TB, and lo and behold: Micron and WD have anticipated this plea. Today, the companies have both announced their own 1TB solutions, both microSDXC UHS-I spec. 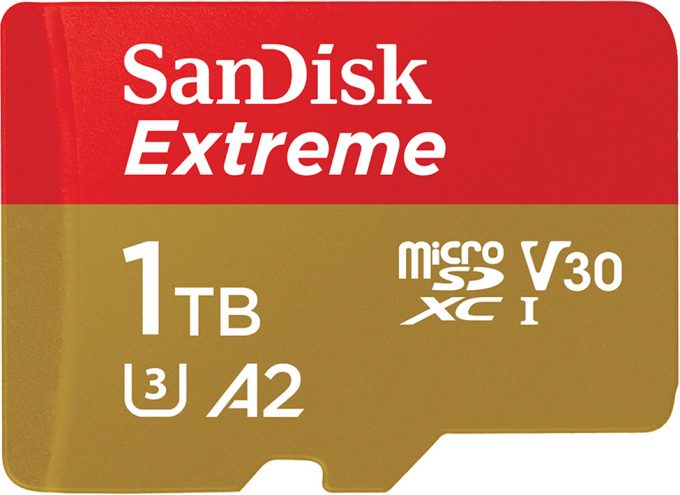 Between them, Western Digital’s SanDisk offering has the faster read speed of the two, hitting 160MB/s, vs. 100MB/s. Meanwhile, the write speed on Micron’s c200 hits 95MB/s, vs. 90MB/s. That’s thanks to some SLC being used as a cache. Both cards are more than capable of handling 4K high bit rate recording, officially to the V30 spec (4K/30).

Micron hasn’t announced its c200 pricing, but SanDisk has no problem revealing its “Extreme” model cost: $449.99 for the 1TB, and $199.99 for the 512GB. It might be useful to note that both vendor cards support the A2 spec, which means mobile apps moved to the external storage will run faster thanks to the use of caching and command queuing. If you use a microSD card for that purpose, you definitely want A2 on the package.