SCUF is no stranger to partnerships, but its latest is undoubtedly the most carbonated one it’s ever had. This latest team-up is with Coca-Cola, which today launches a new soda to market called Byte. The company’s pushing pixels hard with this one, going as far to call it “pixel flavored”. We’re not sure what pixels actually taste like, but we hope they’re more palatable than a Rubik’s Cube.

To celebrate the launch, SCUF, and its parent Corsair, are releasing a handful of customized peripherals that revolve entirely around Coca-Cola’s Byte artwork, with pixelated logos, and heavy focus on purples, pinks, and blacks. 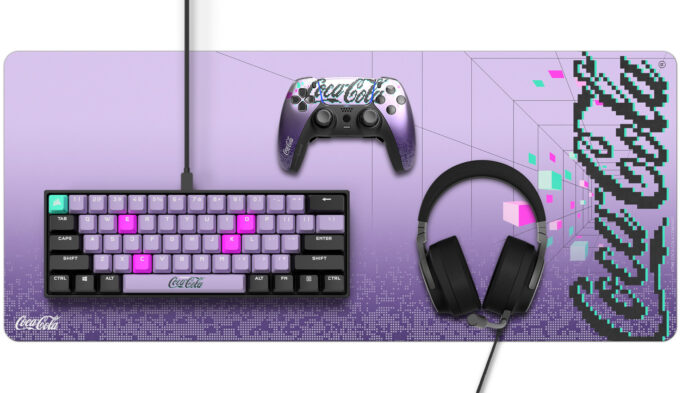 SCUF’s Reflex Pro has received the Byte treatment. This gamepad is built on the DualSense 5 for PlayStation 5, modified to allow tweaks to the configuration, and also benefit from the addition of paddles. Corsair has likewise customized its K65 Mini, which it calls “Mini Byte”, as well as its H1 headset, likewise with a “Byte” tacked onto its name. Finally, there’s also the large MM350 Pro Byte mousepad.

Each of these Coca-Cola-infused peripherals carry a bit of a premium over the regular version of the product, with the SCUF Reflex Pro costing $20 more ($249.99 USD). 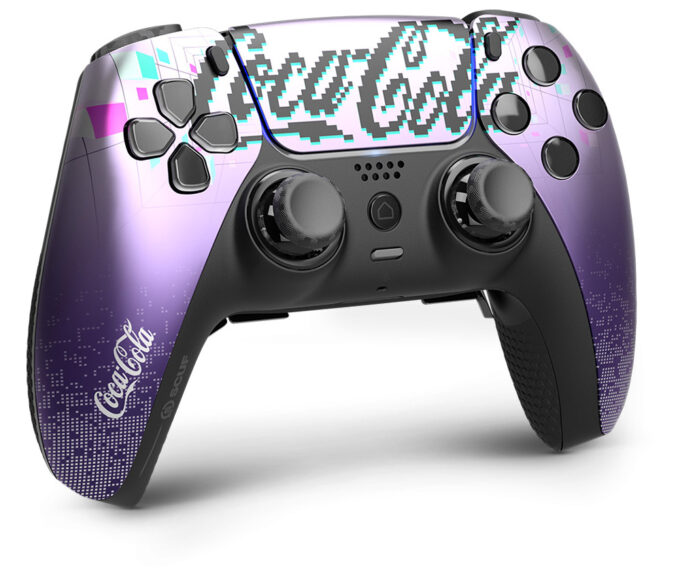 The success of the styling of these peripherals will depend a lot on personal taste, but as we’re now craving a cold Coca-Cola, it’s clear that the real point of these limited-run products is to make everyone aware of the new Byte soda. Coca-Cola itself has a portal to explore Byte, including apparel, and a special Fortnite map, called Pixel Point.