It appears that given the proper circumstance, Steam’s Linux client could wipe out a person’s entire home folder. At this point, it doesn’t appear that Valve has acknowledged that the bug exists, but it is looking into it.

Talk of the bug began over at Github, where user keyvin noted that they lost literally everything in their home folder when Steam was launched. On Linux systems, the home folder is similar to the ‘My Documents’ folder on Windows, so no applications are typically installed there, but some users may have lots of images, music, and other documents. 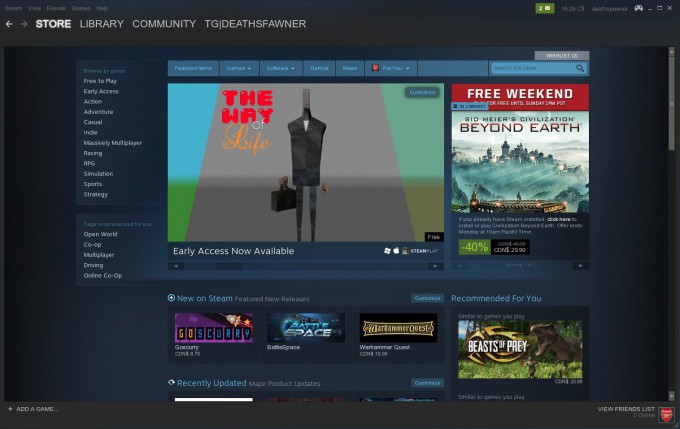 The bug’s trigger is hard to track down, but it seems to affect only those who symlink (link a folder to another location) their Steam folder. Further, user d00fy discovered that it’s the parameter $STEAMROOT at fault. In one file, they found a command that deletes whichever folder $STEAMROOT represents (rm -rf “$STEAMROOT/”*), so if for some reason Steam glitches out and thinks the folder doesn’t exist, it seems like it just deletes the entire home folder instead.

Depending on how you manage your PC, this bug could be a minor annoyance or one that could make your heart sink (often the case for those without proper backup plans in place – back up, back up, BACK UP!)

I tried to replicate the scenario where the bug could trigger with Linux Mint in a virtual machine, but I wasn’t successful. User keyvin does explicitly note, though, that it’s the ~/.local/share/steam folder they symlinked, but that folder doesn’t exist for me (Steam is instead in ~/.steam), so that could be why.

Once this bug is tracked down, I’m sure it will be issued an emergency patch. Until then, if you use Steam for Linux and have symlinked its folder, be careful. And please make sure your data is backed up. Need some guidance? We have some.