Some Early Deals Worth Checking Out Ahead Of Black Friday

Like always, 2018’s Black Friday has become “Black Week”, with deal upon deal being unleashed before the official day hits – and that’s ignoring that we have Cyber Monday soon after. We don’t usually do too many deals posts, but it’s probably best that we start: if you want to directly support our website, you just need to click our links and make a purchase (it doesn’t need to be the item that’s linked to).

Nonetheless, we’re going to rattle off some of the best deals we’ve seen around the web today. Many more worthwhile sales are expected to land tomorrow, but you’ll be effectively playing with fire if you want to purchase anything ahead of Cyber Monday unless it’s a dramatically good deal.

This isn’t meant to be an exhaustive list, just a list of things that caught our eye. We’ll follow-up with another post tomorrow, because lest we forget that the best day to buy everything is the day after being thankful for everything.

I still can’t believe this deal, but Newegg is currently offering AMD’s Radeon RX 580 graphics card for $199. On its own, that’s a big drop off the card’s regular price, but it also includes two completely free games. You can choose from Resident Evil 2, Devil May Cry 5, and Tom Clancy’s The Division 2, all available in the new year. 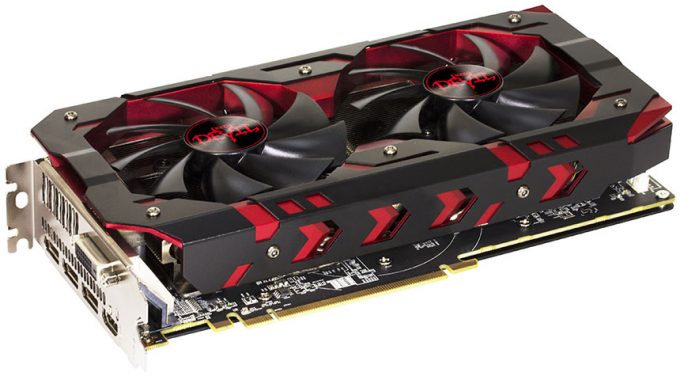 Another solid deal? AMD’s RX Vega 64 for $400. That includes all three of the aforementioned games, so should you want any of them to begin with, the value of AMD’s top card only goes up.

Over at Amazon, there’s an incredible number of storage products on sale, such as flash drives and microSD cards from SanDisk and Samsung. In particular, the 128GB microSD models from both vendors are attractive: they cost a mere $20. That includes an SD adapter, so you can use the same card for bigger devices, like DSLRs. Similarly, 128GB flash sticks also cost $20. Remember when 128GB used to break the bank? It wasn’t even that long ago.

As for other storage, such as SSDs, there are many deals there as well. Samsung’s 860 EVO is knocked down to $128 for the 1TB model. SanDisk does one better: its 1TB SSD Plus is priced at just $120. Unfortunately, these are the SATA versions of these SSDs, but the value is still hard to beat. 500GB models of the same drives are priced at $73 right now.

As for the NVMe brethren, the SSD to strike me as an amazing deal is Intel’s 660p 2TB, priced at $250 over at Newegg. Not everyone needs such a large SSD, but if you do, you probably know how expensive they can get. The 660p isn’t the fastest drive out there, but it still offers speeds of 1.8GB/s read and write, and 210K IOPS write performance.

Another deal we spotted that seems quite good is EVGA’s 500W power supply. It has a base 80+ rating, but at $25, it seems like a ridiculously good value, and a good reason to pick up a spare PSU in case you ever need one in a pinch. The PSU is regularly $40, which is a great price in itself, but damn… $25 for a 500W PSU from a reputable company is impressive.

Every online game store seems to have a sale going on right now, so if you’re itching for a new game to play, you have a ridiculous number of options available to you (these are not affiliate, but still great).

For mobile fans, Google has a handful of games available for sale with steep discounts.