A recent Australian consumer agency study of a variety of consumer electronics products ranging from televisions to stereo systems to laptop PCs and DVD players, found that consumer electronics operating in standby mode are a major contributor to high power bills. Of the 16 electronic devices tested, the Playstation 3 and Xbox 360 were both represented.

The study found, overwhelmingly, that the Playstation 3 console was the worst offender when it came to standby power draw, drawing 5 times more power than it would cost to run a refrigerator for the same period. While it’s not specified in the article whether ‘standby’ simply meant a low power state entered into after a certain period of inactivity or the actual ‘standby’ state that the console can be placed into by switching it “off” but leaving it plugged into the wall (we suspect the former), it’s definitely time to take another look at what your consumer electronics devices contribute to your overall monthly power bill. 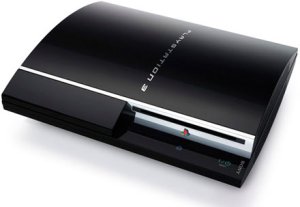 The report advised consumers to switch off their electronic devices at the source, rather than just from the remote control, which puts them on power-consuming stand-by mode. "This saves on money, not to mention carbon emissions," it added.

Additional Note: To find out how much power your AC-powered devices are drawing in standby and run conditions, you can use a power meter like the P3 International Kill-A-Watt.